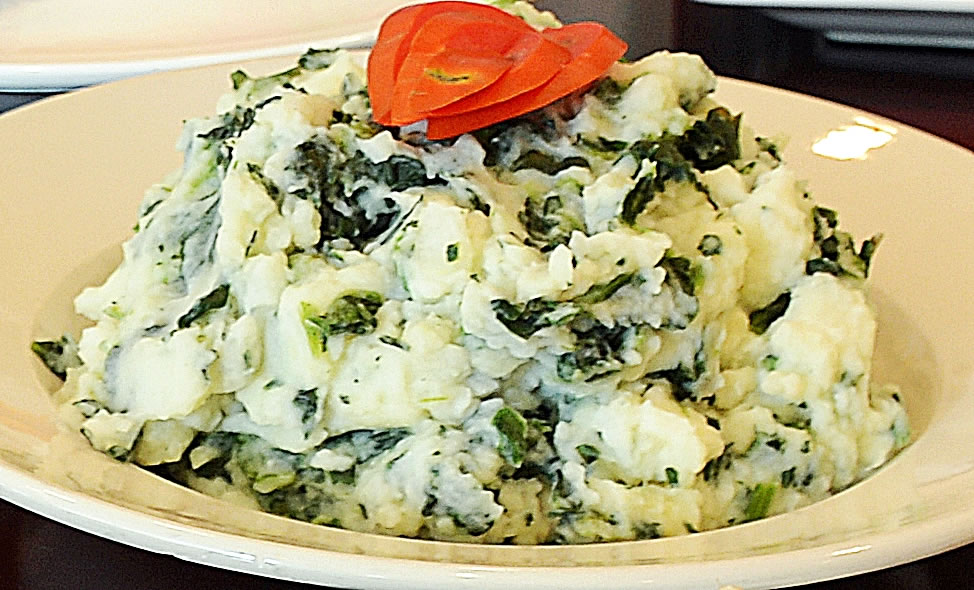 It’s shocking how much sodium lurks in many restaurant and packaged versions of mashed potatoes. At The Cheesecake Factory, for example, a serving of mashed potatoes has an artery stiffening 850 mg of sodium, more than half the sodium most of us should have for the entire day. Our Pritikin Spinach Mashed Potatoes have just 25 mg of sodium, but loads of savory, creamy flavor.
Prep Time20 mins
Active Time35 mins
Total Time55 mins
Course: Salad, Side Dish, Vegetarian
Cuisine: American, Easy, International, Vegan, Vegetarian
Yield: 9 people