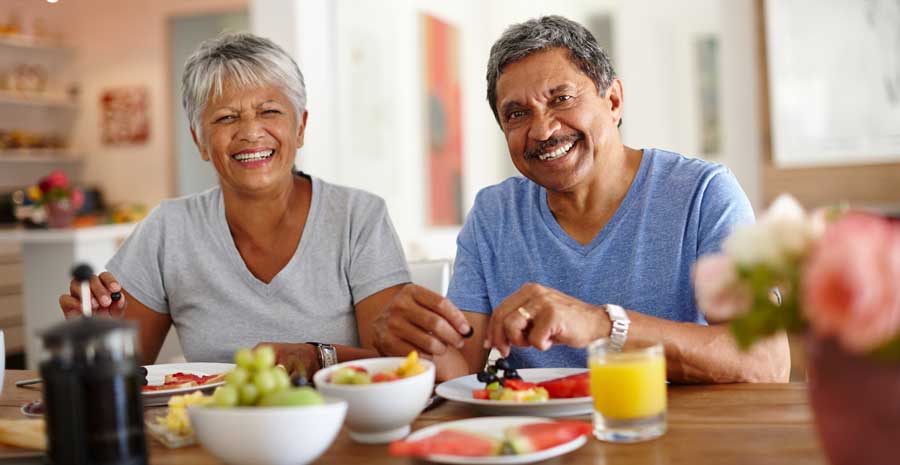 Simply put, emotional eating is when a person eats over any emotion, such as fear, anxiety, worry, guilt, even happiness. It’s eating to comfort yourself.” (Though it’s different than binge eating, which is when we feel the need to eat in abundance to thwart negative emotions.)

The reason eating, predominantly in the form of foods high in calorie density, works as a coping mechanism is physiological. Food, especially sugar and carbs, set off a release of endorphins in your brain and light up your brain like heroine would. This gives you a sense of feeling complete and feeling good, taking you out of your worry.

But the feel-good chemicals that come eating your feelings don’t last forever. It’s similar to drinking or smoking excess pot—it’s another way to just avoid pain. Eating a pint of ice cream, for example, is only a temporary relievance.

Another negative: Although emotional eating isn’t inherently a “bad” thing, it signals a missed opportunity. Instead of addressing the situation headon, we’re ignoring it and using food to escape pain. And it’s in these moments of pain that can be our greatest moment to learn.

Although emotional eating can be a psychological issue, for some people the culprit might be…nutritional. There are many times people think they’re emotional eaters, and then when they come to Pritikin they find out it’s a combination of the kind of food they’re eating and their physiology Genetically, some people are born insulin resistant, and when they eat processed carbohydrates—like white flour, white rice and sugar, even fruit and juices foods—their body releases excess insulin.

The cells that are released from the pancreas act like a key to release the insulin. With resistance, the ‘key’ doesn’t work and the body gets nervous. It figures that the body isn’t getting the signal, and then the body thinks it’s not getting the glucose. One problem that arises is that the hunger hormone is released; you start eating the cracker or the cookie, and want to eat the whole box.  It’s no coincidence that the foods people always overeat are those same foods that affect insulin resistance, those very calorie-dense foods.

If you’re predisposed to insulin resistance, you can treat it and make it look ‘normal’ on paper by losing weight, because belly fat makes it worse. Exercise and a high-fiber diet make it better, but you’ll always have the tendency based on your genetic makeup.

What You Can Do To Curb Emotional Eating Triggers

Now, for some good news: You have the power to manage and even eliminate your emotional eating, by pinpointing the root cause, by outsmarting your own brain, and by paying closer attention to your needs. Here’s how to take action.