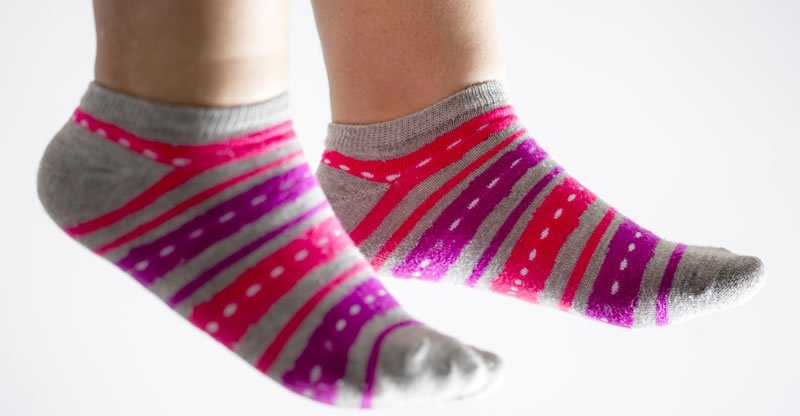 Within two weeks at Pritikin, the swelling in Gloria’s feet had subsided substantially.
Even more importantly, “I felt young again,” she says, awed.

In Pritikin’s gym, under the watchful eyes of physicians and exercise physiologists, she started walking one mile, then two, then three miles a day, “and with no pain.”

Today, one year later and back home in Pasadena, California, she’s still exercising and eating Pritikin-style. And the rewards are, well, priceless.

“I can’t believe it,” she says. “I’ve got my life back. Finally, I’m able to do all the things I’ve been wanting to do since I retired. I’m traveling. I’m playing golf. I’ve got energy all day long.”

Gloria’s success with her heart and swollen feet is common at the Pritikin Longevity Center. Launched in 1975, its diet, exercise, and lifestyle-change program has such a strong, decades-long scientific record in halting the progression of heart disease that it is now Medicare-approved for cardiac rehabilitation.

Notes Kimberly Gomer, Director of Nutrition at the Pritikin Center: “Typically, reducing salt intake and eating healthier foods, which we teach at Pritikin, can reduce fluid retention not only in the feet and ankles but also in the lungs. In fact, many people with heart failure who begin living Pritikin-style no longer need their diuretic pills.”

To understand the role that healthy food and fitness play in arresting heart failure and symptoms like swollen feet, let’s step back a bit to discuss heart failure in general.

What Is Heart Failure?

Heart failure does not mean your heart has failed. It means that your heart is not pumping blood as well as it should.

As your heart’s pumping power diminishes, your organs no longer work as well. They simply aren’t getting the oxygen and nutrients they need.

Your kidneys, for example, are no longer eliminating water and salt efficiently. Fluid builds up in places like the feet. ankles, arms, belly, and lungs, Your body, in effect, becomes congested. The term used to describe this condition is congestive heart failure.

It’s this excessive fluid retention that puts most people with heart failure in the hospital, explains Gomer.

“While in the hospital, people are given potent diuretics for a week or two, and usually their salt and fluid intakes are restricted. As a result, the excess salt and fluid in the lungs is excreted, and people lose a lot of weight, mostly water. Swelling in the feet, ankles, and bellies subsides. Once the fluid is gone, people no longer feel as if they’re suffocating, and they’re sent home.

“However, in most cases they are back in the hospital within a few months because they went back to their unhealthy, salty diets and maybe stopped their diuretics.”

A Leading Health and Economic Burden

Heart failure is the #1 cause of hospitalization among Americans older than 65.

With the aging of the population, the impact of heart failure is expected to increase dramatically. Recently, researchers on behalf of the American Heart Association projected1 that total medical costs related to heart failure will increase from $21 billion in 2012 to $53 billion in 2030.

You may be symptom-free, at least initially. Or symptoms may come and go. And the severity of symptoms may range from minor to intense.

Common symptoms of heart failure include:

The best way to prevent or halt the progression of heart failure is to control conditions that cause heart failure, such as:

That’s where heart-health programs like Pritikin come in. For four decades, scientists at UCLA and other research universities have documented the success of the diet-and-exercise lifestyle taught at the Pritikin Longevity Center to:

“But research is now showing that lifestyle improvements like reducing sodium intake, exercising regularly, and getting psychological support, all part of the Pritikin Program, can lessen symptoms of heart failure and greatly improve quality of life.

“A heart-healthy lifestyle can also decrease the likelihood of disease progression, thereby decreasing the need for hospitalizations.”

Echoes the American Heart Association8: “Following recommendations about diet, exercise and other habits can help to alleviate symptoms of heart failure, slow your disease’s progression, and improve your everyday life. In fact, people with mild to moderate heart failure often can lead nearly normal lives as a result.”

Below is a sampling of scientific research published on heart failure and healthy lifestyle interventions.

The decades-long, on-going analysis of more than 20,000 male physicians, called the Physicians Health Study, found that eating several servings daily of fruit and vegetables9 as well as a diet rich in whole-grain breakfast cereals10 like oatmeal were protective against heart failure.

Researchers at the 2016 annual scientific sessions11 of the American Heart Association reported that among 100,000 post-menopausal women, those with the highest intake of plant protein had the lowest risk of heart failure. Excellent sources of plant protein are legumes and beans.

Conversely, those women who ate the highest amount of animal protein, such as meat and cheese, had the highest risk of developing heart failure.

Summed up lead investigator, Mohamad Barbour, MD, of Brown University Medical School: “This is more evidence that taking a pill is not as important as what we do every day in our lifestyle, not only in diet but in exercising as well.”

Stress reduction techniques such as deep breathing, yoga, and meditation have been consistently documented13 to benefit people with heart failure. It makes sense. Anxiety makes our hearts work harder and faster, so if we ease anxiety, we’re easing our hearts.

“Widespread use of this intervention in caring for the growing number of elderly patients hospitalized with heart failure could substantially reduce costs for health care,” concluded lead author Michael W. Rich, MD, and colleagues from Jewish Hospital at Washington University in St. Louis and the Department of Economics, Washington University.

Taking the Next Step

“Many people with heart failure and problems like swollen feet know how beneficial a healthier lifestyle can be, but knowing something and doing it are two very different things,” acknowledges Dr. Danine Fruge, MD, Medical Director at the Pritikin Longevity Center.

After all, it’s not easy changing habits. By their very definition, habits are ingrained. We’ve been eating bacon for decades. We can’t imagine not eating bacon. We crave French fries. And a day without a bowl of chocolate ice cream? Is that possible?

Turning “I should” into “I am”

“Here at Pritikin, your body has a chance to detox from all the salt, sugar, and fat that has ruled your life. And in their place you discover new pleasures. That’s what our superb cooking workshops are all about.”

Most importantly, there’s nothing more pleasurable than feeling well again.

Get Your Life Back at the Pritikin Health Resort