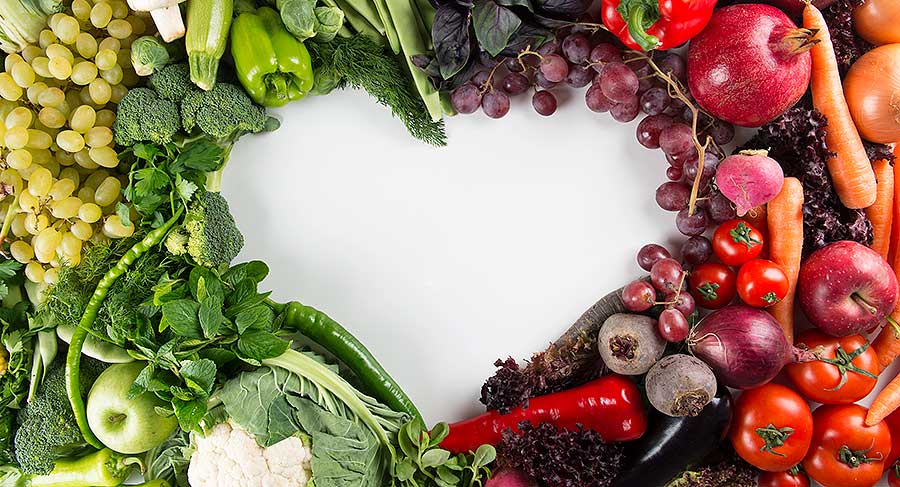 “…the best of both worlds”

“A growing body of scientific literature is showing that what you do eat is just as important – if not more so – as what you don’t eat. When you choose a lot of fresh, straight-from-the-earth foods like fruits and vegetables, you get the best of both worlds – a diet that is not only naturally low in calorie density and sodium but also naturally high in a myriad of health-promoting vitamins, minerals, and other nutrients,” states nutrition researcher Dr. William McCarthy, UCLA School of Public Health and member of the Pritikin Scientific Advisory Board.

In the study from Deakin University in Burwood, Australia, Dr. Caryl A. Nowson and colleagues divided 54 overweight, hypertensive men, average age 48, into two different diet groups. Both groups followed their diet for three months. And both exercised for at least a half-hour most days of the week.

Half the men were assigned to the WELL diet, which was similar to the Pritikin Eating Plan. It stipulated:

The men were also directed to restrict red meat to no more than 2 servings weekly and fat to a maximum of 4 teaspoons a day, and to avoid butter, added salt, and salty foods in general.

The researchers directed the second group of men, called the Low-Fat group, to reduce their overall intake of saturated fat and calorie-dense food and drink, limit cheese and ice cream to two servings a week, select lean meat, and avoid fried foods. That was it.

At the end of three months, both groups had lost the same amount of weight, averaging about 11 pounds. Blood pressure, however, dropped significantly more in the WELL group compared to the Low-Fat group.

Interestingly, food diaries revealed that the men in the WELL group actually ended up consuming less fat and saturated fat than the men in the Low-Fat group.

The WELL dieters also consumed less sodium and far more nutrients like potassium, magnesium, and phosphorus, plentiful in fruits and vegetables, and calcium, abundant in many plant foods as well as dairy products. Studies indicate that foods rich in these nutrients may help lower blood pressure.

The research from Australia echoes large federally-funded studies in the U.S. that found that the DASH diet (Dietary Approaches To Stop Hypertension) lowered blood pressure as well as or better than any anti-hypertensive drug.(2)  Again, similar to the Pritikin Eating Plan, DASH promotes daily menus that are high in fruits, vegetables, whole grains, and beans; moderate in fish, poultry, nuts, and low-fat or nonfat dairy foods; and low in fats, salt, cholesterol, red meat, and sweets.

Research has found that among DASH dieters with varying levels of sodium consumption, the biggest reductions in blood pressure occurred in those on the 1,500 milligram-a-day diet. (3) Since 1980, the Pritikin Eating Plan has recommended that sodium intake not exceed 1,500 mg daily.

“It appears,” concluded Dr. Nowson and fellow researchers from Australia, “that a diet combining these nutrient changes – eg, lower sodium and saturated fat and higher potassium, calcium, magnesium, and phosphorus – within a diet and physical activity that induces negative energy [calorie] balance achieves a greater reduction in blood pressure than does a low-fat diet alone.”

Research on the Pritikin Program over the past three decades also validates the value of regular exercise and a plant-based, low-sodium eating plan. Seven studies have been published demonstrating that the Pritikin Program had quick and profound blood-pressure-lowering benefits for individuals with hypertension.

Researchers from UCLA combined the data from all seven studies. This meta-analysis totaled 1,117 people with hypertension who had come to the Pritikin Longevity Center for an average of three weeks to learn how to follow Pritikin’s healthy lifestyle.

In this population, blood pressure was reduced to normal or near normal levels. Moreover, 55% of the 598 patients who were taking blood pressure medications completely eliminated their need for the medications, and the majority of the others had their dosages significantly reduced.(4)

Healthy Diet: “an alternative to medication…”

A recent meta-analysis from Emory University of more than 23,000 participants also affirmed the blood-pressure-lowering benefits of a healthy diet.(5)

The scientists compared several diets. They found that the one with the greatest overall reduction in blood pressure was the diet similar to the Pritikin Eating Plan – DASH. The magnitude of this diet’s blood pressure reductions, the authors wrote, “is similar to trials examining single drug therapies in mild hypertension,” indicating that this diet “may be an alternative to medication initiation in early stage hypertension.”

Why Should We Care?

So what does this all mean? Why should we care about eating better and lowering our sodium intake? The answer is real simple. Doing so saves lives. And it saves health care dollars. Billions of dollars.

Let’s look at sodium alone. The Center For Disease Control and Prevention has compiled several key studies that support the benefits of sodium reduction in lowering blood pressure. In some of these studies, researchers have estimated that reducing U.S. sodium intake by about 40% over the next decade could save 500,000 lives and nearly $100 billion in healthcare costs.(6)

“Bottom line, there’s nothing – no pills, no surgeries, nothing – that can match the power of healthy living programs like Pritikin to protect us from major ills like hypertension and heart disease and help us live well,” states Dr. Danine Fruge, MD, Medical Director at the Pritikin Longevity Center.

A lot of us know that. It’s doing something about it that’s difficult.

That’s where health retreats like the Pritikin Longevity Center come in. “For many of us,” explains Dr. Fruge, “it takes getting away for awhile from the toxic environment we live in – the pizza joint down the street, the cookie aisle at the market, the dessert cart at the restaurant. It takes immersion in a whole new way of life, and a whole new way of thinking. It takes experts in healthy lifestyle change who are coaching you, working alongside you, every day.

“You get all the above with a health vacation at Pritikin.”

“Get away,” encourages Dr. Fruge. “Get free of stress, free of distractions, free of cravings for cheeseburgers.

“Come to Pritikin. This is where food that is good for you actually tastes good, where exercise feels good, where you’ll feel so good that you’ll be asking yourself, “Why didn’t I do this years ago?’