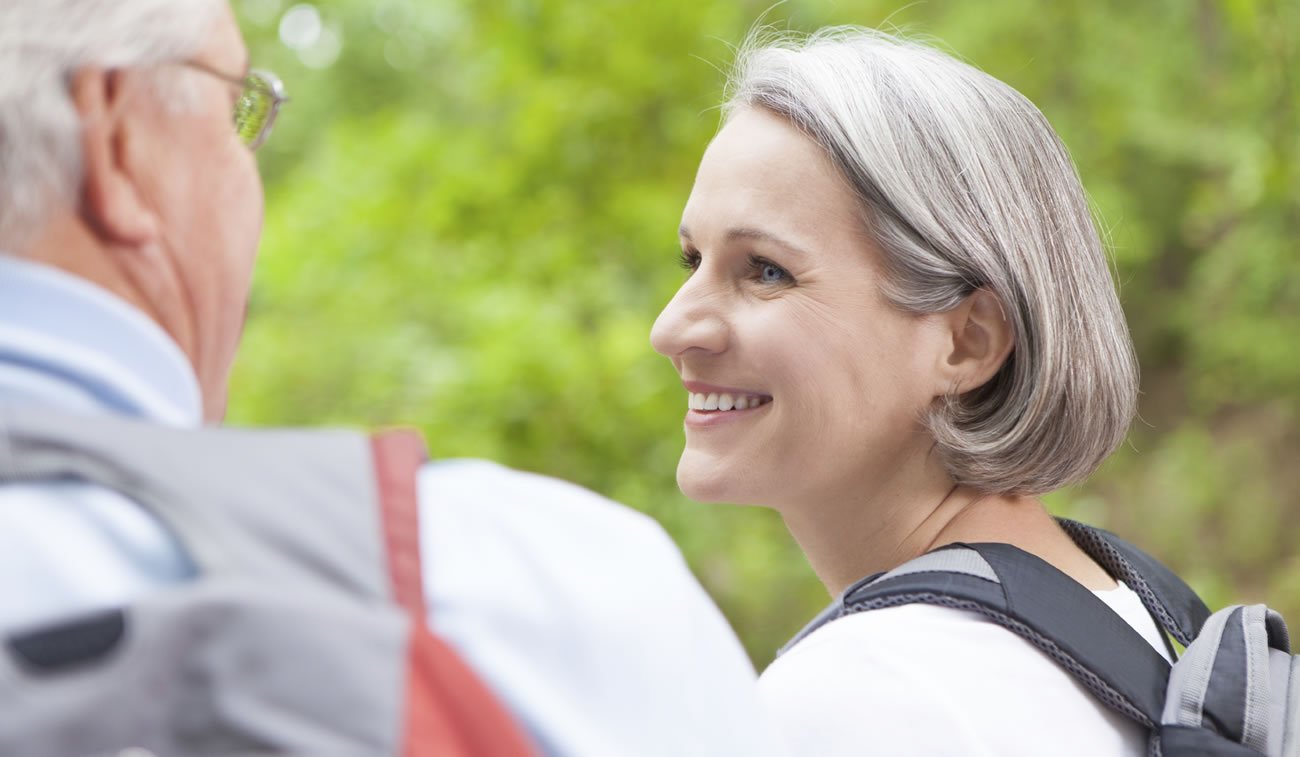 That’s why a large recent review on lifestyle habits and cancer prevention is so important. It is not based on one small media-sensationalized study. Rather, this review has distilled the findings of more than 7,000 studies into one 517-page statement, and it is supported by the top health organizations worldwide, including the Food and Agriculture Organization of the United Nations and the World Health Organization
Titled “Food, Nutrition, Physical Activity and the Prevention of Cancer: a Global Perspective” and coordinated by the World Cancer Research Fund and the American Institute of Cancer Research, the review is the result of a five-year examination by a panel of 21 distinguished scientists from all over the world.

They didn’t start from scratch, either. This is the second edition (the first edition was published in 1997) of a volume that Dr. Gail Harrison, UCLA researcher and member of the Institute of Medicine, calls “the Bible of Nutrition and Cancer.”

This is science. To paraphrase the old E.F. Hutton commercial: When this WCRF/AICR document talks, people ought to listen. It is the largest report ever on lifestyle and cancer prevention.

Below are the report’s 10 guidelines to prevent cancer:

Maintain body weight within the normal range throughout adulthood.

“Maintenance of a healthy weight throughout life may be one of the most important ways to protect against cancer,” stated the independent panel of 21 leading scientists from institutions worldwide, including the University of Pennsylvania, University College London, Kyushu University in Japan, and Harvard School of Public Health.

A key message throughout the 517-page report is that there’s much we can do to control cancer risk. That’s important to stress. Many people recognize they have the power to reduce heart disease risk, but they think of cancer as this big bad ogre that pounces out of nowhere.

That just isn’t so. “Evidence shows that only a small proportion of cancers are inherited. Environmental factors are most important and can be modified,” concluded the international panel of experts. “Food, nutrition, physical activity, and body composition play a central role in the prevention of cancer.”

Being as lean as possible within the normal range from age 21 is optimal for cancer protection, but at any time in life, it helps to lose weight if you’re overweight, stated the panel. Even a 5 to 10% weight loss can be important.

Be physically active for at least 30 minutes every day.

“All forms of physical activity protect against some cancers as well as against weight gain,” wrote the WCRF/AICR cancer report.

Optimally, the report advised, aim for moderate activity, like brisk walking, which essentially means walking as though you have somewhere to go (and you’re running a little late).

According to the WCRF/AICR report, red meat, including beef, pork, and lamb, as well as processed meats like sausage, bacon, hot dogs, salami, and ham “are convincing or probable causes of some cancers,” including cancers of the colon, esophagus, lung, stomach, and prostate.

Moreover, “diets with high levels of animal fats are often relatively high in calories, increasing the risk of weight gain.”

The cancer experts recommend that the population average consumption of red meat be no more than 11 ounces a week, very little if any of which is processed.

Instead of red meat, the experts advised, select white meat poultry and seafood. “Flesh from wild animals, birds, and fish, whose nutritional profiles are different from those of domesticated and industrially reared creatures, is also preferred.”

For optimal protection against cardiovascular disease, the Pritikin Program recommends no more than 3.5 to 4 ounces (cooked) of animal protein each day. Your optimal choice is seafood, except for some of the higher-in-cholesterol selections like eel, conch, and squid. Once a week, you may opt for skinless white poultry or grass-fed, free-range wild game such as buffalo, elk, and venison. Try to limit other red meat choices to once a month – or not at all.

Alcoholic drinks are linked to mouth, larynx, and colorectal cancer and may also cause liver cancer.

If you consume alcoholic drinks, the cancer report advises you limit consumption to no more than two drinks a day for men and one drink a day for women.

These modest levels of consumption are associated with reductions in heart disease risk only among middle-aged and older individuals, because heart disease is a much larger factor in these groups.

From a cardiologist’s point of view, the drinking age should be about 40, since anyone younger does not benefit from alcohol. They simply drive cars into ditches, or worse. About 100,000 Americans die from alcohol-associated diseases and trauma like car accidents each year, due mostly to overconsumption of alcohol.

“Salt is necessary for human health and life itself, but at levels very much lower than those typically consumed in most parts of the world,” stated the cancer report. Salt and salt-preserved foods are a probable cause of some cancers, particularly stomach cancer.

To avoid cancer, the panel recommends that consumption of processed foods with added salt be less than 2,400 milligrams of sodium a day. (Salt is about 40% sodium and 60% chloride.)

To avoid not only cancer but also cardiovascular-related diseases like hypertension and heart attacks, the Pritikin Program, in line with the Institute of Medicine, advises that adult Americans limit their consumption of sodium to 1,200 to 1,500 milligrams a day, depending on age. People aged 19 to 50 should consume 1,500 mg or less of sodium a day. Those 51 to 70 should cut sodium to1,300 mg or less, and those over 70 should aim for 1,200 mg or less.

That’s no small task when you live in a country like the U.S. where one restaurant plate of pasta marinara can tally up a whopping 3,000 mg of sodium, and, calorie for calorie, corn flakes and most breads pack in about twice as much sodium as potato chips.

The good news: blood pressure can fall dramatically, studies on the Pritikin Program have found. In a meta-analysis of 1,117 hypertensives at the Pritikin Longevity Center, 55% of those on hypertension drugs lowered blood pressure to normal, medication-free levels. After just three weeks, they returned home free of their anti-hypertensive drugs.

Aim to meet nutritional needs through food alone, not supplements.

Consuming supplements for cancer prevention “might have unexpected adverse effects,” concluded the WCRF/AICR panel. “The best source of nourishment is foods, not dietary supplements.”

Suspect, too, are “fortified” foods, a trend that began in the U.S. in 1988 – when nearly every processed food was “Fortified With Oat Bran” – and has recently given us the likes of Cocoa Puffs With Whole Grain Goodness. Another common marketing trick: Turning lousy food into a “health” food just because one ingredient has been removed (Trans-Fat-Free Crisco).

Ironically, the only foods that have never been labeled as “fortified” or “good for you” are the most genuinely healthful foods of all, the ones sitting quietly in the produce section, the lowly carrots and green beans and other fruits and vegetables. They’re naturally rich in virtually every nutrient we need, but never at artificially high, potentially dangerously levels.

Ultimately, argues Michael Pollan in his compelling book on the food industry, The Omnivore’s Dilemma, we’re better off avoiding foods bearing health claims. “They’re apt to be heavily processed,” Pollan writes, “and the claims are often dubious at best.

“Don’t forget that margarine, one of the first industrial foods to claim that it was more healthful than the traditional food it replaced, turned out to give people heart attacks.” When Mars can boast about its plant-sterol-enriched chocolate bars and Kentucky Fried Chicken about its trans-fat-free drumsticks, health claims have become hopelessly compromised.

Our best bet: Eat real food. Whole fresh food. Yes, in our present state of confusion, that’s easier said than done. Here’s a tip: Buy foods your great-great grandmother would have recognized as food. Foods like fruits, vegetables, beans, potatoes, yams, oats, corn on the cob, and brown rice. These foods, mostly of plant origin, are, as the panel of leading cancer experts concluded, your best source of nourishment.

Special Recommendation
Mothers to breastfeed; children to be breastfed.

The evidence on cancer and other diseases shows that sustained exclusive breastfeeding is protective for the mother as well as the child. (Exclusive means human milk only, with no other food or drink, including water.)

The panel therefore recommends that mothers breastfeed infants exclusively up to six months and continue with complementary feeding thereafter.