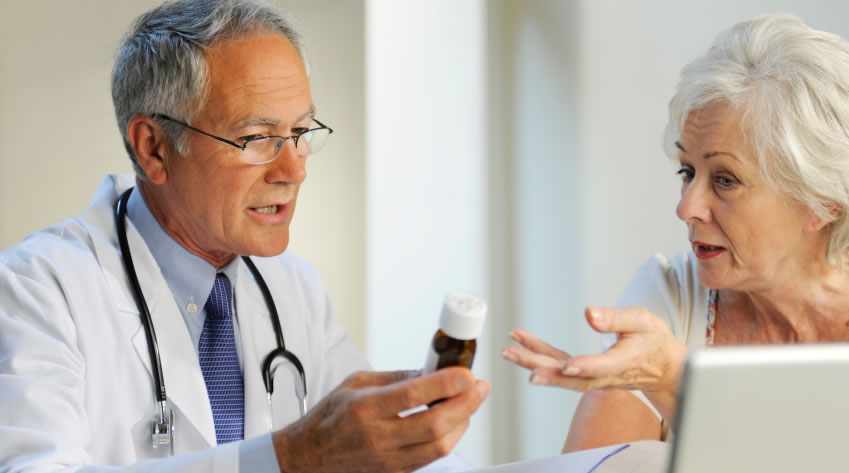 For years, Frank, a 55-year-old aerospace engineer from Seattle, had been trying to get his blood pressure under control.
His doctor had put him on one medication, then two, then three. The pills worked for awhile, but ultimately his blood pressure crept up – past 140/90 – and stayed up.

Last year, Frank’s doctor told him, “I’m sorry to say you’ve got resistant hypertension,” which means, she explained, that blood pressure remains above goal despite being on three or more anti-hypertensive drugs. The disease, in effect, resists the drugs.

“Little you can do…”

“There’s plenty you can do,” urged a friend of Frank’s, a fellow engineer who’d been going to the Pritikin Longevity Center in Florida every winter for the past five years – “my healthy vacations,” he called his trips.

“Go to Pritikin,” he suggested to Frank. “Get rid of the salt in your diet – you’ll be surprised at how much salt you’re eating – and start eating all the healthy food there, and I guarantee you’re going to see some amazing results. It’ll save your life.”

So Frank flew to the Pritikin Longevity Center.

His friend was right.

Within one week at Pritikin, Frank’s blood pressure plummeted to 120/75. By the end of two weeks, he no longer needed two of his three anti-hypertensive pills. All of a sudden, what was supposed to be a resistant, hard-to-treat illness was refreshingly malleable. His new lifestyle was doing a superb job of getting his blood pressure back down to normal ranges.

What’s important to point out is that Frank is hardly alone. “It’s the norm for people with resistant hypertension to see their blood pressure drop precipitously while at Pritikin, and often within one to two weeks,” states Dr. Danine Fruge, MD, Medical Director at the Pritikin Longevity Center.

Drugs Treat Symptoms, Not Cause

What it all boils down is that the “typical medical treatment for hypertension is all wrong,” asserts Dr. Fruge. “When initially diagnosed with high blood pressure, doctors usually give patients a drug, and often blood pressure will in fact drop. But for many, this drop is only temporary. The longer they’re on drug treatment, the more likely it is that they’ll require more and more drugs to keep blood pressure down.

“Eventually, even three and more medications can’t get blood pressure below the hypertensive level. That’s a very scary problem because high blood pressure quadruples the risk of cardiovascular events, like heart attacks and strokes, compared to blood pressure in the optimal range.”

This failure of modern medicine to prevent and treat hypertension “begins with its failure to recognize and successfully deal with its known cause – salt toxicity. Salt This failure of modern medicine to prevent and treat resistant hypertension begins with its failure to recognize and successfully deal with its known cause – salt toxicity.[/caption]

He also stressed that public health strategies are necessary to reduce the outrageously high levels of sodium in our current food supply.

It will be impossible, Appel states, to reach an intake of 1,500 milligrams a day or lower “without a major reduction in the sodium content of commercially prepared foods.”

Dr. Fruge agrees. “Hypertension is the #1 risk factor for stroke. Salt toxicity is also a major cause of heart attacks, heart failure, and kidney failure. The cost to Medicare and Medicaid of these diseases is astronomical. Heart failure alone accounts for about 33% of all Medicare expenditures even though heart failure patients make up just 7% of Medicare recipients.

“What drives our medical costs so high is largely a pathetic public health effort to improve our disease-promoting American diet. With 100+ million American now diagnosed with hypertension and about 10+ million with resistant hypertension, the FDA should take the lead and begin by reclassifying salt as something other than GRAS (Generally Recognized As Safe).

“The FDA should also take steps to limit the amounts of sodium added to foods.” Other countries, like Britain and Finland, have already done so, requiring their food industries to cut down on the salt they add to processed foods, and in these countries public health scientists have already seen reductions in blood pressure and cardiovascular disease as a result.