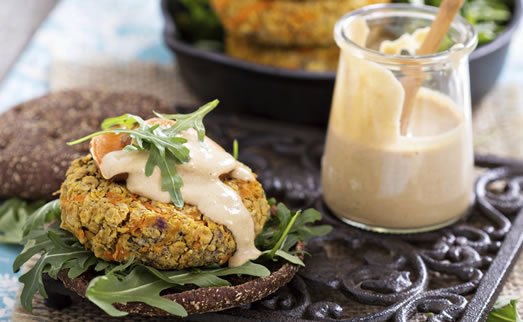 It’s a lot to take in, and you have questions, including:

“How long does it take to lower blood pressure?”

Here are answers from the physicians, registered dietitians, and other faculty at the famed Pritikin Longevity Center in Miami, which has helped thousands over the past four decades lower their blood pressure and live well.

How long does it take to lower blood pressure?

It depends on how high your blood pressure is, and how aggressive the drug therapy is that your doctor may be prescribing.

Many doctors also begin therapy, not with drugs, but with lifestyle-change recommendations that involve healthy eating and daily exercise.

One diet-and-exercise program whose success with lowering blood pressure has been documented in several studies in peer-reviewed journals is the Pritikin Program, which has been taught at the Pritikin Longevity Center for nearly four decades.

Studying men with hypertension who came to Pritikin, scientists at UCLA found that within three weeks, the men had significantly healthier levels of blood pressure. In fact, those who arrived at Pritikin taking hypertension drugs left Pritikin two to three weeks later no longer needing their medications, or with their dosages significantly reduced.1

Another study by UCLA researchers of 1,117 men and women with high blood pressure reported that within three weeks of arriving at Pritikin, systolic blood pressure fell on average 9%. Diastolic pressure also fell 9%. Of those taking blood pressure drugs, 55% returned home medication-free. Many of the remaining 45% left Pritikin with their dosages substantially reduced.2

While the published research on the Pritikin Program focuses on results achieved after following the program for three weeks, the physicians at the Pritikin Longevity Center point out that for many people, blood pressure begins dropping much sooner – almost immediately, in fact.

“We have many people with hypertension who come to Pritikin,” says Pritikin’s Medical Director Danine Fruge, MD, “and within three days, many have blood pressures that have dropped so low that we need to reduce their medications or take them off their pills altogether. Yes, just three days. That’s how quickly and powerfully our bodies respond to healthy food, exercise, and other lifestyle changes.”

“I used to think these dramatic drops in blood pressure were something that happened to only a very few people,” continues Dr. Fruge, “but I’ve been here at Pritikin for more than 15 years, and I see results like these every week. This isn’t a miracle. It’s simply what happens when we start taking good care of ourselves.”

What is the Pritikin Program for lowering blood pressure?

The Pritikin Program, taught by the dietitians, exercise physiologists, physicians, and psychologists at the Pritikin Longevity Center, addresses all the adverse effects associated with hypertension by:

A key take-away for many guests at Pritikin is the education they receive. “I knew I had to lower my sodium intake,” says Pritikin one alumnus from Connecticut, “but before coming to Pritikin, I didn’t really know how to do it.

“I thought, for example, that simply removing the salt shaker from my kitchen would solve the problem. I had no idea that 80% of the sodium Americans eat comes from outside the kitchen – from restaurant meals and commercially processed foods like breads, soups, and salad dressings.”

“So, while treating hypertension with drugs is generally better than no treatment, it is far from a cure,” asserts Dr. Fruge.

“In fact, most research suggests that drug therapy to lower blood pressure is not likely to be as effective as eliminating the causes of hypertension, which include over consumption of salt, a sedentary lifestyle, and a high-calorie-dense diet, which leads to excess weight.”

“For more than 40 years, the Pritikin Program has offered a safer and more effective alternative to pharmacological therapy because the program eliminates the dietary insults and other lifestyle-related factors that caused hypertension to develop in the first place,” summarizes Dr. Fruge.

“Our Pritikin guests who still need medications usually require a lower dose and/or fewer drugs, thereby reducing their risk of suffering adverse side effects from the medications.”