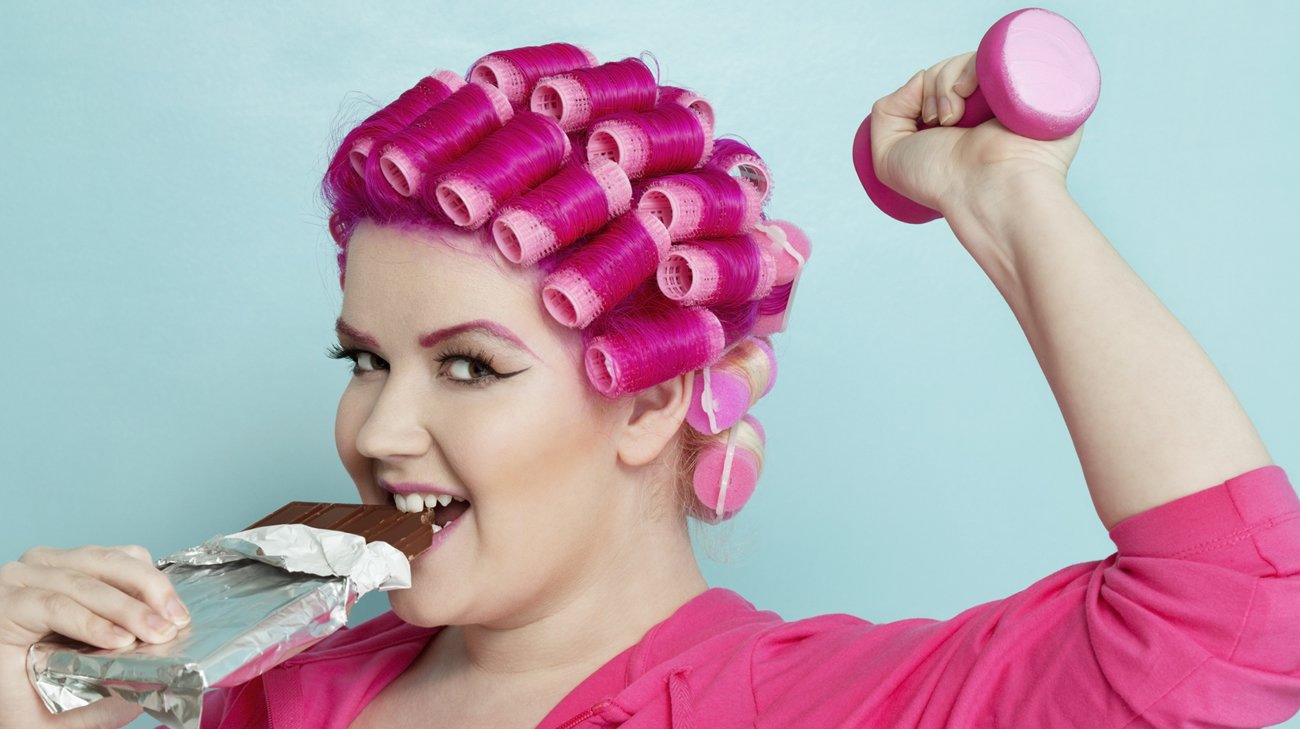 A former high school athlete, Joe always figured that if he just kept exercising (he’s been jogging five miles almost every morning for the past 35 years), he’d keep the weight off despite his less-than-stellar food choices.

But it hasn’t really worked. Joe is now about 30 pounds overweight.

So were all those sweaty miles at sunrise for naught? If you’re comparing diet vs exercise, is exercise the loser? Not at all. Reams of research affirm the multitudinous benefits of regular exercise. Physical activity (and this is just the short list):

So why do physically active folks like Joe get chubby?

For starters, both fitness and food choices are vital for long-term weight control. The National Weight Control Registry, established in 1994 by scientists at the University of Colorado and Brown Medical School, is following more than 10,000 Americans who have lost weight and kept it off for years. Just 1% kept the pounds off with exercise alone, 10% did it with diet alone, and 89% used both.

Secondly, research is learning that to keep the pounds from piling up, the food choices we make may be more important than the amount of exercise we’re doing. (Yes, Joe may have been better off cutting out the fast food than pounding the pavement.)

Food and Fitness (With the Emphasis On Food)

“Don’t get us wrong. Don’t make it an either/or choice,” points out Dr. Jay Kenney, Nutrition Research Specialist at the Pritikin Longevity Center. “For staying slim and overall good health, both food and fitness are important. But science is now discovering that Americans are getting fatter largely because of what they choose to eat and drink.”

In an eye-opening study published a few years ago, for example, researchers from the World Health Organization determined how many calories, on average, both children and adults needed in order to maintain a stable weight.

They also calculated how many calories Americans were actually eating in the 1970s and in the early 2000s, using national food supply data. As you no doubt guessed, we’re chowing down more in the 21st century. Compared to the 70s, adults in the early 2000s ate about 500 more calories a day. Children took in about 350 calories more daily.

The scientists then used their findings to predict how much weight they would expect American kids and adults to have gained from the 1970s to the early 2000s if calorie intake were the only influence.

“If the actual weight increase was the same as what we predicted, that meant that food intake was virtually entirely responsible. If it wasn’t, that meant changes in physical activity also played a role,” explained lead author Boyd Swinburn, PhD., director of the World Health Organization Collaborating Centre for Obesity Prevention at Deakin University in Australia.

For the kids, it turned out that the predicted and actual weight gain matched exactly. The increases in calorie intake alone over the three decades explained the children’s weight gain.

The fact that the adults were five pounds shy of the 24-pound predicted weight gain means that “excess food intake still explains the weight gain, but that there may have been increases in physical activity over the 30 years that have blunted what would otherwise have been a higher weight gain,” Dr. Swinburn stated. (Yes, Joe and other fitness buffs like him did not gain as much weight as they might have.)

To slim back down to our average weight of the 1970s, a time when America was not struggling with an obesity epidemic, “we would need to reverse the increased food intake of about 350 calories a day for children [about one can of soda and a small bag of French fries] and 500 calories a day for adults [about one cheeseburger],” stated Dr. Swinburn.

“Alternatively, we could achieve similar results by increasing physical activity by about 150 minutes a day of extra walking for children and 110 minutes for adults, but realistically, although a combination of both is needed, the focus would have to be on reducing calorie intake.”

Diet Vs Exercise… Do Both, But Put More Emphasis On Diet

Dr. Swinburn and colleagues concluded that physical activity should not be ignored in the battle against obesity and should certainly be promoted because of its many other health benefits, but expectations regarding exercise need to be tempered, and more emphasis needs to be placed on encouraging people to make better food choices.

For Joe and the rest of us, it all boils down to this: Let’s keep exercising, but even more importantly, let’s change what we’re eating.

The Pitfalls Of Counting Calories

Our focus should not be on counting calories, a tactic many Americans try – and fail at. And why wouldn’t they? If you’re counting calories and eating your regular diet (yes, the chips, fries, cheeseburgers, and sodas), the only way you can cut calories is to cut food. Half of a burger. Half a bag of fries. Six potato chips. A sip of Coke. But think about it. By paring our food down to small portions like this, most of us are pulling back from the table still hungry. How long can this type of eating really last?

“Trying to eat fewer calories from calorie-dense, low-fiber foods and calorie-dense beverages won’t likely work in the long term because hungry people rarely continue to eat less as hunger rachets up. This is why it is important to change what we eat, and not just count calories,” emphasizes Dr. Kenney.

The really good news, as thousands of people at the Pritikin Longevity Center have discovered over the last four decades, is that we can eat plentifully – nice big portions – and lose weight. This scientifically documented approach is all about choosing foods that give us the most satiety per calorie, foods such as:

“Smart eating,” sums up Dr. Kenney, “is not about setting for less. It’s about putting more good food on our plate.”