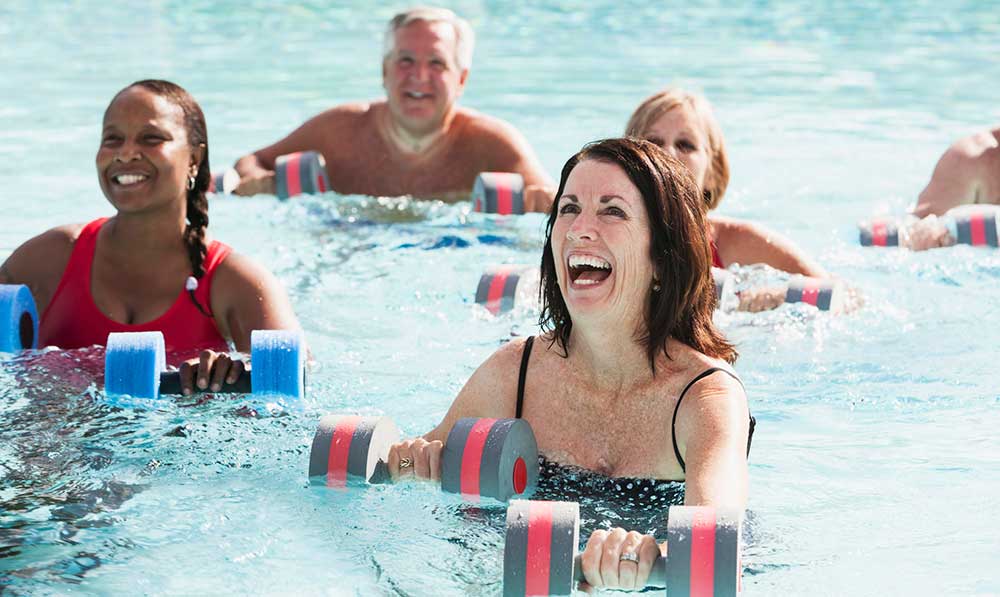 What is atrial fibrillation?

To understand atrial fibrillation, also called Afib or AF, it’s a good idea to first understand a little how the heart works.

If you have atrial fibrillation, the upper chambers are struggling with chaotic electrical signals. The result is fast and irregular heart rhythms, known as arrhythmias, in both the upper and lower chambers.

Normal range for a heart rate is 60 to 100 beats a minute. With atrial fibrillation, heart rate may range from 100 to 175 beats per minute.

An estimated 2.7 million Americans have Afib. It is the most common serious heart rhythm abnormality in people 65 and older.

Why is atrial fibrillation cause for concern?

Having atrial fibrillation can lead to major complications like blood clots, which can lead to strokes and other life-threatening, cardiovascular-related problems.

Untreated, Afib causes a 4- to 5-fold increased risk for stroke. And it doubles the risk of heart-related deaths.

Who is at increased risk of getting atrial fibrillation?

Damage to the heart’s structure is a common cause of Afib, and that damage is often the result of one or more of the following:

How is Afib traditionally treated?

Treatment has traditionally begun with medications called anti-arrhythmics and/or a procedure called electrical cardioversion. Both help restore the heart’s rhythm.

With electrical cardioversion, an electric shock via paddles or patches placed on the chest will stop, then re-start, the heart’s electrical activity, with the goal of the heart resuming normal rhythm. You’re sedated, so you don’t feel anything.

But like all drugs, there are often negative side effects to these anti-arrhythmics, including nausea, fatigue, dizziness, and sometimes (though rarely) a life-threatening rhythm disturbance in the lower chambers of the heart, called ventricular arrhythmias.

Keep in mind, too, that even with medications, the chances of more episodes of atrial fibrillation are high.

Sometimes, drugs or cardioversion do not work. In these cases, physicians utilize a procedure, called ablation, which destroys the area of heart tissue that is triggering the chaotic electrical signals.

There are two types of ablation: catheter and surgical maze. In catheter ablation, a long, thin tube (catheter) is inserted into your groin. It is guided to your heart, where electrodes at the catheter’s tips damage heart tissue, usually with heat.

In a 2015 essay in Medscape, a web resource for physicians worldwide that posts medical news as well as peer-reviewed research, John Mandrola, MD, eloquently described a better way for treating Afib, a way that leaders in cardiology are increasingly advocating.

“Put the Catheter (and Rx Pad) Down”

In his essay, titled “Atrial Fibrillation Care: Put the Catheter (and Rx Pad) Down,” the cardiac electrophysiologist and specialist in Afib treatment writes that doctors have traditionally viewed atrial fibrillation as a disease “rather than as a result of other diseases.”

This wrong-targeted approach is “why treatments (drugs and ablation) have performed so poorly…It is akin to stenting an artery and saying atherosclerosis is fixed.”

Treating the cause, not just the symptoms

“The atria fibrillate for a reason. And that reason is the main therapeutic target.”

In both human1,2 and animal studies3,4 researchers have found that treating the lifestyle-related issues that often lead to Afib – like obesity, high blood pressure, high cholesterol, and high blood glucose – not only reduce the risk of atrial fibrillation but also improve the structure of the heart.

Weight loss appears especially beneficial. In a 5-year study1 following 355 overweight patients with Afib, those who had lost at least 10% of their body weight were six times more likely to be free of arrhythmias – and free of the need for anti-arrhythmic medications – compared to those who hadn’t.

This is not to say that drugs and surgeries like ablation have no role, qualifies Dr. Mandrola. “They do. But their (much smaller) role now is similar to stents or beta-blockers in patients with coronary artery disease: to stabilize an acute situation…”

No longer does this specialist in Afib treatment think of drugs as long-term therapy. Instead, he cardioverts and medicates “so that patients can feel well enough to exercise every day,” lose weight by adopting a heart-healthy diet, and address other lifestyle issues like quitting smoking, limiting or avoiding alcohol, controlling sleep disorders, and reducing stress.

This lifestyle-focused treatment, asserts Dr. Mandrola, “improves glucose handling, lowers blood pressure, and relieves inflammation. People start to feel better. When they come back for follow-up, I discuss stopping the rhythm drugs – they have served their adjunctive purpose.”

In effect, what is optimal for atrial fibrillation is not drugs or surgery. It is heart-health lifestyle education, the kind of education that has been taught by the physicians, registered dietitians, exercise experts, and behavorial psychologists at the Pritikin health and weight-loss resort in Miami for more than 40 years.

Observes Kimberly Gomer, educator and Director of Nutrition at the Pritikin Center: “Most of the millions of Americans with Afib would benefit greatly from coming to Pritikin.”

Lifestyle changes | Not only better but safer

And certainly, lifestyle treatment is a safer approach – risk-free, in fact – particularly compared to procedures like ablation. As Dr. Mandrola candidly writes: “It is one thing to prescribe a pill; it is yet another to deliver 60 to 80 burns to the left atrium,” which is essentially what catheter ablation does.

“Recall that patients who choose Afib ablation walk into the hospital the morning of the procedure. They may not be perfect, they have Afib after all, but they are alive and functioning. What awaits them is nothing small. They will endure 2 to 3 hours of general anesthesia, vascular access in both legs, two transseptal punctures, a fluid load, and purposeful damage to the heart…”

Also, in 1 of 4 patients repeat procedures are required.

And even when the ablation is done well, recent research found that long-term success with atrial fibrillation was five-fold lower if patients ignored the need to make healthy lifestyle improvements, and continued to live as they always have.6

Also troubling is the high rate of new brain lesions detected in MRIs after ablation. “Small brain lesions appear in about a quarter of Afib ablation patients, and cognitive decline has been reported 90 days after Afib ablation… So that is a worry when you talk about quality of life,” stated heart researcher Paulus Kirchhof, MD, of the University of Birmingham at the 2018 European Heart Rhythm Association congress in Barcelona, and reported in Medpage Today.

Scientists are also questioning just how effective ablation really is. New research from Sweden found that a major portion of the assumed benefits of ablation procedures may be more placebo than real.7

Ablation: No Reductions In Strokes

Moreover, despite the popularity of ablation procedures in the surgery room, “nobody has shown any mortality benefit, no one has shown a benefit in terms of stroke reduction” in randomized, placebo-controlled trials, noted cardiologist Brian Olshanksy, MD, of the University of Iowa Medscape.

What is needed in America is not more people with catheter skills, “but people with people skills,” argues Dr. Mandrola.

People, like the physicians and other faculty at the Pritikin health resort, who are educators. People who can teach Afib patients how to eat well, exercise well, and live well.

People, in short, who can help patients reverse the root causes of atrial fibrillation. That’s when “the vast majority of patients with Afib will enjoy the best results,” concludes Dr. Mandrola.

“From now forward, when a patient with Afib sees a doctor who recommends rhythm drugs or ablation without first exploring how that person sleeps, eats, drinks, moves, and deals with stress, it will be a signal to get another opinion.”

It’s not just America in need of healthy lifestyle education for the prevention of Afib. In a 2017 review titled “Atrial fibrillation: the current epidemic,” scientists from Canada, Great Britain, France, and Switzerland warned that the worldwide aging of the population by a large influx of “baby boomers” will likely trigger a global epidemic of atrial fibrillation “within the next 10 to 20 years.”8

The global strategy they proposed is modeled after that of the World Heart Federation, which recommends the control of lifestyle-related risk factors like excess weight, high blood pressure, smoking, diabetes, alcohol use, and sleep apnea.

Summed up this international team of experts: “Primary prevention of Afib, that is, reducing the risk of first onset by targeting modifiable risk factors, is the ultimate goal.”