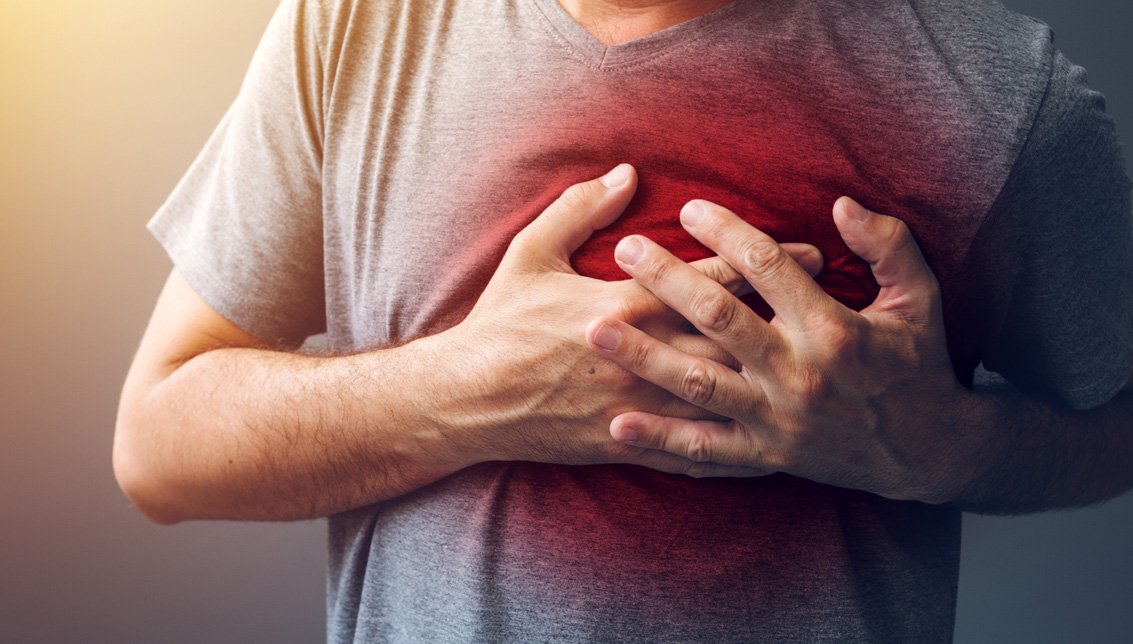 Does angioplasty really work as promoted? For decades, Americans have been led to believe that angioplasty, also called percutaneous coronary intervention, is an effective treatment for not only angina (chest pain) but also protection from a heart attack.

From physicians and other faculty at the Pritikin Longevity Center, here is a summary of the latest science on angioplasty as well as facts about surgery-free alternatives.

To understand angioplasty, it’s a good idea to begin with a basic understanding of coronary artery disease, or atherosclerosis.

Atherosclerosis is a disease in which plaque builds up inside your arteries. It develops largely because of high levels of bad cholesterol, often the result of lifestyle-related issues, particularly a poor diet.

There is no debate that atherosclerotic plaques can narrow your heart’s arteries, and that narrowed arteries may lead to chest pain, known by the medical community as angina.

Narrowed arteries, but no angina

However, many people have narrowed heart arteries but no angina. Evidence of their narrowed coronary arteries comes from other symptoms or tests, such as shortness of breath, an abnormal EKG, or a high calcium score from a CT scan.

But even if you’re angina free, many cardiologists will order an angiogram, which can pinpoint exactly where narrowed sections of coronary arteries are. If they find one or more sections that are 70% or more blocked, what’s often recommended is an angioplasty procedure to open up these severely narrowed arteries.

What happens in angioplasty

Essentially, interventional cardiologists snake tubes through your arteries to the suspect lesion. Once there, they inflate a little balloon inside the narrowed artery to open it up. Once open, they insert one or more stents into the clogged section of the artery to help keep it open.

For people with more extensive disease, many physicians recommend coronary bypass surgery. Here, the surgeon uses blood vessels from the chest and/or legs to bypass major arteries that have extensive atherosclerotic plaque development.

Hundreds of thousands of Americans undergo bypass or angioplasty procedures each year after being told they have serious atherosclerotic heart disease, the country’s number one killer. Bypass surgeries cost about $70,000 each; angioplasties, about $30,000 each.

In the U.S. alone, the total cost for the diagnosis and treatment of heart disease with angioplasty and coronary bypass surgery now exceeds $100 billion annually.

But a growing body of research indicates that angioplasty and bypass are not the only options for people diagnosed with diseased coronary arteries. In fact, they may not even be the best options, particularly for people with stable angina.

Stable angina is chest pain that is predictable and most often occurs with activity or exertion.

Unstable angina causes unexpected chest pain. It usually occurs while resting. The pain tends to be far more severe than stable angina. Unstable angina is dangerous and requires emergency treatment, like angioplasty or coronary bypass surgery.  And certainly, when people are having a heart attack, there is no doubt that these procedures can help reduce heart damage and save lives.

But for people with stable angina, new studies are proving the efficacy of other options, such as medications and lifestyle changes like a heart-healthy diet and exercise. They’re simple. They’re noninvasive. They’re far less costly. And some may even do what angioplasty and bypass have never been able to do: reverse the progression of coronary heart disease.

Neither angioplasty nor coronary bypass surgery does anything to slow, stop, or reverse what causes most heart attacks and strokes – namely, the growth and eventual rupture of atherosclerotic plaques.

What’s more, recent research is seriously questioning the value of procedures like angioplasty.

The COURAGE trial,1 for example, showed that stents in patients with stable coronary artery disease did not lessen the risk of future cardiovascular events like heart attacks. Nor did they prolong life.

The second group received the same medications, plus they underwent an angioplasty procedure.

After 4.5 years, the scientists found that there were no significant differences between the two groups. Their conclusion: Angioplasty procedures “did not reduce the occurrence of death, reinfarction [repeat heart attacks], or heart failure.”

The results, published in the April 2007 New England Journal of Medicine, largely undermined the medical rational for doing angioplasty. But many interventional cardiologists continued to do hundreds of thousands of angioplasties. Their rationale was that the procedure was palliative, meaning, it improved blood flow through narrowed sections of arteries, which reduced angina.

According to impeccably designed new research2 from cardiologists at Imperial College London, angioplasty worked no better than a pretend (or sham) procedure at relieving angina.

The scientists recruited 200 patients, all of whom had been diagnosed with one blocked coronary artery as well as stable angina. For six weeks, all 200 patients received medications to both reduce heart attack risk and relieve their chest pain.

Then, they all were hospitalized for a procedure. Half underwent angioplasty.

The other half got a sham procedure. In other words, in this second group their arteries were not opened up, and no stents were placed. But the research doctors went through the motions of doing the angioplasty procedure so that patients in both groups did not know if they got the stents or if their procedure were a sham.

Six weeks later, there was no difference between the two groups. Both reported less chest pain, and both performed better than before on treadmill stress tests.

“Last nail in the coffin” for angioplasty in stable angina?

The results shocked the cardiology community. In an editorial that accompanied the study titled “Last nail in the coffin for PCI [angioplasty] in stable angina?” Dr. Rita Redberg of UC San Francisco and Dr. David Brown of Washington University School of Medicine wrote that “All cardiology guidelines should be revised.”

No difference in death rates

Another study, a five-year randomized controlled trial, compared the impact of coronary bypass surgery, angioplasty, or just medications on patients, average age 60, with stable heart disease. The trial found that death rates over the next five years were not significantly different among the three groups.3

So why are bypass surgery and angioplasty so popular? It’s a complicated answer. For starters, they’re often profit makers. They may, for example, help keep many hospitals in the black.

Secondly, as many physicians point out, patients demand them. “People have this notion that surgery is going to ‘fix’ their arteries,” says Dr. Ronald Scheib, cardiologist and educator at Pritikin. “Well, unfortunately, it doesn’t. The disease is still there, and growing.”

There’s another more fundamental reason for the continuing popularity of bypass surgeries and angioplasties. Deeply ingrained among many doctors is the old belief, taught for decades in medical schools, that diseased arteries are like clogged kitchen pipes. One or two big blockages, or plaques, are mucking up the flow.

You can free up blood flow, the old reasoning went, by bypassing the plaque or inserting a stent, as angioplasty does, that presses the plaque up against the artery wall.

An overwhelming body of research, however, has now proven that these big, artery-narrowing plaques do not cause most heart attacks.

The atherosclerotic plaques that trigger the vast majority of heart attacks do not significantly impede blood flow. In fact, an angiogram report would likely describe them as plaque build-up that is “insignificant” or “nonobstructive,” or “minimal atherosclerosis.”

But these cholesterol-filled plaques can suddenly rupture. Like boils, they’re soft and fragile, full of cholesterol, and they’re inflamed. When these inflamed plaques burst and spew their contents out into the bloodstream, they trigger a blood clot that forms on top of the ruptured plaque. If the clot grows large enough, it can block blood flow.

When the blood clot chokes off blood flow to part of the heart muscle, it causes a heart attack.

Scientists call a plaque that has ruptured the single most common lethal event of the industrialized world. In fact, in one-third of cases, the first symptom of coronary artery disease is sudden death.

Most of the older, larger plaques, by contrast, have tougher, thicker surfaces. They’re often calcified. They’re far less likely to rupture, yet these are the lesions that usually get the stents.

Smokey the Bear warned, “Only you can prevent forest fires” because most fires were caused by careless human behaviors.

The same is largely true of inflamed plaques that cause most heart attacks. “You can very likely prevent the heart attack by changing what you eat and becoming more active,” counsels Danine Fruge, MD, Medical Director at the Pritikin Longevity Center.

And the benefits are felt quickly. Research has documented that nearly two-thirds of people who came to the Pritikin Longevity Center on drugs for angina pain left Pritikin within three weeks pain-free and drug-free.13

The benefits have proven lasting, too. A five-year follow-up of 64 men who came to Pritikin instead of undergoing bypass surgery found that 80% had done so well that they never needed the surgery.14

Children benefit, too, and “never before was it so vital that we pay attention to our kids’ health. We don’t have a few overweight children with signs of heart disease and diabetes in America. We have a national health crisis,” points out Kimberly Gomer, MS, RD, Director of Nutrition at the Pritikin Longevity Center.

Alarmingly, nearly 70% of teens in the U.S. show the initial stages of fatty streaks, or early heart disease, in their arteries. Research on kids who adopted the Pritikin Program demonstrates how quickly the disease can be controlled.15 After just two weeks of eating heart-healthy food and exercising daily at the Pritikin Longevity Center, children ages 8 to 17:

Summing Up |
Does Angioplasty Work?

To address the cause of heart disease, and help eliminate it, our best option is not bypass surgery or angioplasty.

Our best option is adopting a heart-healthy diet and exercise program like that taught at the Pritikin Longevity Center.

“In the short run,” he explains, “a heart-healthy lifestyle and, if needed, medications, can reduce inflammation and clotting, and stabilize plaques so that they are much less likely to rupture. In the long run, they can gradually shrink the atherosclerotic plaques and improve blood flow to the heart, and dramatically reduce your risk of dying from cardiovascular diseases.”