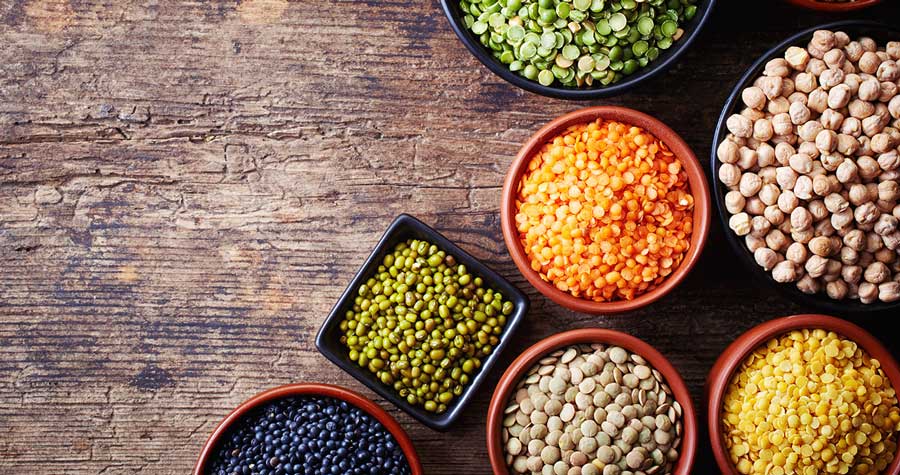 The study1, published in Nature Communications, was based on a diet swap.

For 14 days, the rural South Africans quit their regular diet and ate American-style; the Americans put their cheeseburgers and other typically American foods aside and ate fiber-rich, Kwazulu food.

Conditions were tightly controlled. All foods were provided by the scientists and chefs involved in the study.

In the two-week study, the South Africans ate a lot of processed grains, fatty animal products like meat and butter, sugar, and salt. Foods served included:

And sure enough, pre-study colonoscopies on the subjects revealed that nearly half of the Americans had polyps in their colons. From these precancerous polyps arise the majority of colon cancers. None of the South Africans had polyps.

In addition to pre- and post-study colonoscopies, the researchers measured several biological markers that indicate colon cancer risk, including levels of inflammation in the colon. They also studied samples of bacteria taken from the colon.

After just two weeks on the American diet, the Africans from rural South Africa had significantly more inflammation in the colon and dramatically increased biomarkers in the gut indicating cancer risk, including secondary bile acids, which had shot up 400%.

The other group, the Americans eating the rural, fiber-rich South African diet, had the exact opposite response. Within two weeks, their tests showed remarkable reductions in levels of inflammation and secondary bile acids, which fell 70%, as well as other changes in gut bacteria indicating that colon cancer risk had plummeted.

Noted Dr. Jeremy Nicholson, lead author from the research team at Imperial College in London: “The findings suggest that people can substantially lower their risk of colon cancer by eating more fiber. This is not new in itself but what is really surprising is how quickly and dramatically the risk markers can switch in both groups following diet change.

“These findings also raise serious concerns that the progressive westernization of African communities may lead to the emergence of colon cancer as a major health issue.”

Not sure which foods are highest in fiber?

“Let’s keep it simple,” counsels Kimberly Gomer. The diet she teaches guests, the Pritikin Eating Plan, is fiber-rich. “If you focus your daily diet on plant foods that are in their natural state, foods that look as if they actually came out of the ground, chances are you’ll be eating plenty of fiber.”

The list below gives you a sense of foods that are fiber stars. The average American consumes approximately 10 to 15 grams of dietary fiber per day. A healthier intake, one for prevention of colon cancer and many other diseases, is likely at least three times that amount.

Dr. Denis Burkitt, who in the 1960s and 70s studied the diets, stools, and health of African villagers, concluded from his research that total fiber intake should exceed 50 grams daily for disease prevention.4

In the two-week diet swap study, the Americans eating the plant-rich diet of the rural South Africans increased their average daily fiber intake from 14 to 55 grams, and they reduced their overall fat intake from 35% to 16% of total calories consumed – a diet that in many ways mirrors the Pritikin Eating Plan taught at the Pritikin Longevity Center.

The Africans eating the American-style diet, by contrast, reduced their fiber intake from 66 grams a day to 12 grams, and their fat intake increased from 16% to 52% of total calories consumed.

The data affirming the benefits of a diet high in foods naturally rich in fiber (not fiber supplements) are compelling. To begin with, rates of colon cancer, which is the fourth most common cause of death from cancer worldwide, are much higher in western, industrialized countries than in countries in Africa and the Far East, where many populations still tend to eat traditional, fiber-rich diets.5

And consistently, population studies have found that diets low in fruit and vegetables are associated with higher risk of colon cancer.6

There is also a large international variation in mortality from colon cancer that correlates with dietary fat.7 Put simply, those countries eating a high-fat diet tend to have high rates of colon cancer, and those eating diets naturally low in fat have low colon cancer rates.

Moreover, long-term studies of people from Japan who migrated to Hawaii (and left behind their traditional plant-based, fiber-rich diets) have shown that it took just one generation of eating a Western-style, low-fiber, high-meat diet to change their low incidence of colon cancer to the high rates of Western-eating Hawaiians.8

Interestingly, a study10 published more than 25 years ago on women attending the Pritikin Longevity Center echoes the findings of the recently published study on African Americans and rural Africans. At the beginning and end of their three-week healthy lifestyle program at Pritikin, stool samples from the women were collected by scientists at UCLA. Within those three weeks, lead author Dr. James Barnard and colleagues reported, stool weight was increased by 69% and total secondary bile acids fell by 60%.

“These results,” reported the UCLA researchers, “suggest that switching from a high-fat, low-fiber diet to a low-fat, high-fiber diet can reduce the excretion of bile acids which are thought to be involved in the promotion of colon cancer.”

In addition to diet, another lifestyle factor that might aid in reducing the risk of colon cancer is regular exercise. Following more than 47,000 American male health professionals, researchers led by Edward Giovannucci, MD, of Harvard University Medical School found that being physically active about 45 minutes daily reduced the risk for colon cancer by 50%.

It may never be too late to start.

Among people who’ve had colon cancer, a large-scale investigation12 recently discovered that healthy Pritikin-style habits may reduce the risk of the cancer returning.

The results: The colon cancer patients who ate a diet high in fruits, vegetables, and whole grains and low in red and processed meats, exercised regularly, and maintained a healthy body weight were rewarded with a significantly lower risk of cancer recurrence or death compared to the patients who did not adopt these healthy habits.

Colon cancer survivors following the healthy lifestyle had a 42% reduced risk of death and 31% reduced risk of cancer recurrence, reported the scientists at the 2017 annual gathering of the American Society of Clinical Oncology in Chicago.

“The results of the new diet swap study, plus the study on the benefits of the Pritikin Program, are motivating. They show that if Americans switch from their typical modern diet to a diet that is far lower in fatty animal products and composed largely of whole grains, beans, fruits, and vegetables, like the Pritikin Eating Plan, they’ll get immediate benefits. They’ll quickly and dramatically alter the microbiota [microorganisms] of their colons and reduce the inflammation and other chemical changes that promote colon cancer,” states Kimberly Gomer.

The results of this research are also incredibly hopeful, notes Dr. Stephen O’Keefe at the University of Pittsburgh, lead author of the diet swap study.