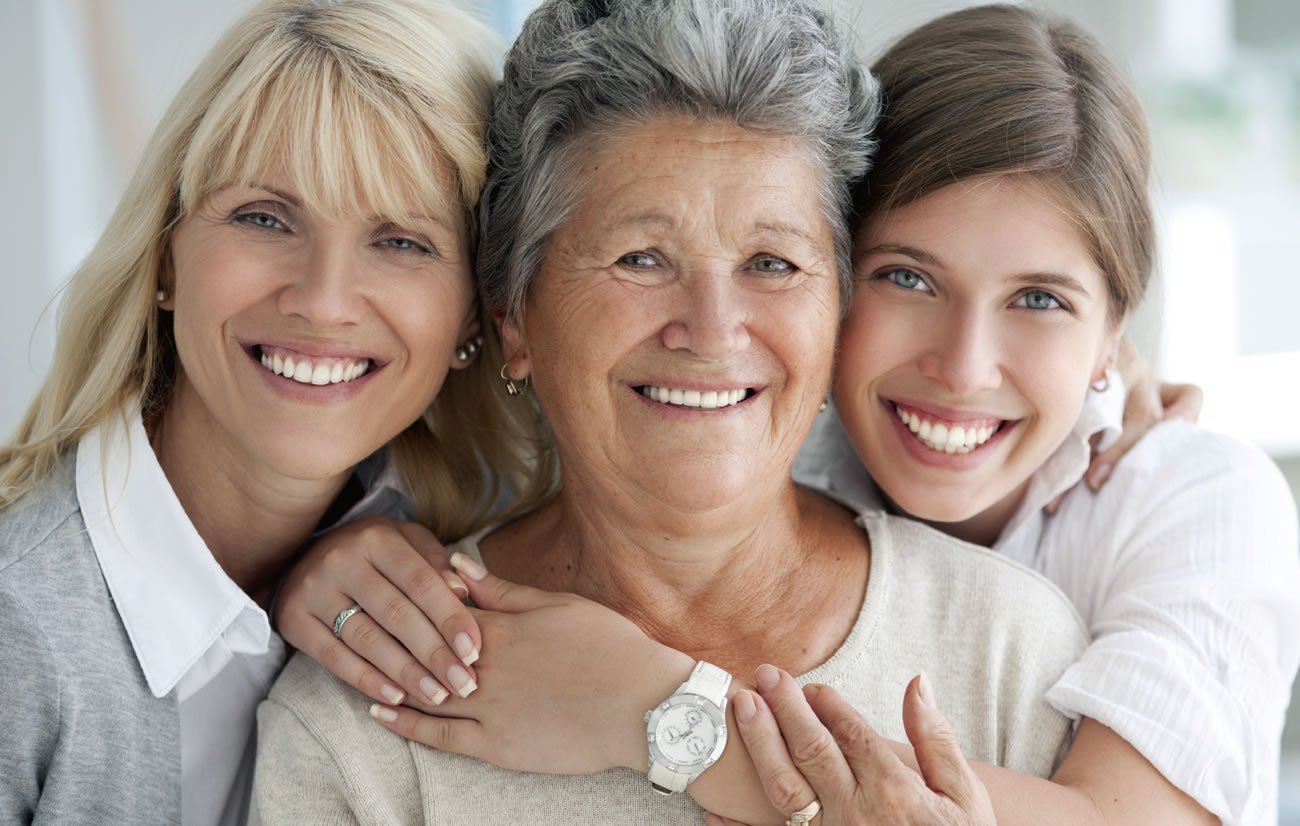 We’ll start off with the bad news (and then move onto the good news quickly, because there’s plenty of good news).

Breast cancer is one disease where, just about the time many women start thinking about a breast cancer prevention diet and lifestyle, they could easily feel, “Am I too late?”

That’s because breast cancer risk is in part related to the number of menstrual cycles a woman has. The more cycles, the more estrogen a woman produces. Estrogen stimulates breast cell proliferation, and the more cells that multiply over one’s life, the higher the risk of breast cancer.

A decreased number of menstrual cycles was commonplace in centuries past, but no longer in America today and other developed countries. Up until the 20th century, many women worldwide experienced:

The good news is that there is much in the way of food, fitness, and other lifestyle factors that women can do – and start today – to significantly decrease breast cancer risk.

“And always keep in mind that 70 to 80% of breast cancer patients have no family history, which means that for most women, our lifestyle choices are likely much more important than genetics in warding off this devastating disease,” counsels Dr. Danine Fruge, MD, Associate Medical Director and women’s health specialist at the Pritikin Longevity Center.

Here are 6 top lifestyle-based guidelines from the physicians, dietitians, exercise experts, and lifestyle-change psychologists at the Pritikin health resort.

Shedding excess weight and keeping it off is key to breast cancer prevention.

In a review1 that distilled the findings of more than 7,000 studies, leading cancer experts concluded that maintaining a healthy weight throughout life is one of the most important ways to protect against common cancers, including breast cancer.

Looking specifically at breast cancer, research2 on more than 99,000 postmenopausal women reported that gaining 4 to 20 pounds after the age of 50 increased the risk of breast cancer by 30%.

In another large study3, the Nurse’s Health Study, gaining 55 pounds after the age of 18 increased a woman’s risk of breast cancer in her postmenopausal years by 45%.

Similar, newly published research4 on more than 67,000 women found that the risk of breast cancer was 17% higher in overweight women compared to normal-weight women, and 58% higher in obese women.

The really good news: Several major studies, including the Nurses’ Health Study, have found that if you’ve been overweight but then lose the weight, your risk factors for breast cancer go back down – as though you never carried those extra pounds.

A growing body of research is learning that insulin may play a key role in breast cancer development.

In one recent study5, for example, women with high levels of insulin were found to have double the risk of breast cancer. What’s more, this increased risk was found in women who were overweight as well as those who were thin.

Excess insulin along with related substances produced by the body, such as insulin-like growth factor, are cancer promoters because they fuel the growth of tumors, researchers suspect.

But once again, lifestyle changes like healthy eating and regular exercise may lower these cancer growers. In a study6 at UCLA, James Barnard, PhD, and colleagues followed women at the Pritikin Longevity Center and found that after just two weeks, the women lowered their levels of insulin and insulin-like growth factor.

In a related investigation7, the scientists also discovered that adopting the Pritikin Program retarded the growth of breast cancer cells in in vitro laboratory testing, and even induced tumor cells to self-destruct.

Breast Cancer Prevention Diet and Lifestyle – Tip 3
Eat a diet low in fat and high in whole foods like fruits and vegetables, like the Pritikin Eating Plan.

One of the best ways to lower your calorie intake, and maintain your weight, is to lower fat intake.

Large population studies8 have found that countries with the lowest intake of dietary fats have the lowest incidences of breast cancer as well as colon and prostate cancer.

Conversely, women raised in affluent cultures like the United States, full of high-fat fare like French fries and cheeseburgers, suffer the highest rates of breast cancer in the world – an 80% increase compared to women living in Okinawa, Japan, where dietary fat intake has traditionally been low, about 20% of total calories.

Research9 has found, too, that when women from low-breast-cancer-risk countries like Japan and China emigrate to high-fat Western lands like the U.S., their rates of breast cancer rise to the same high levels of their Western neighbors, and within just two generations.

If you’ve already had breast cancer, a healthy eating plan like Pritikin may curtail its return. Studying more than 2,400 women who had been treated for early stage breast cancer is UCLA researcher Rowan T. Chlebowski, MD. He has found that women who were directed to reduce the fat in their diet were significantly less likely to have their cancer return within the next five years than those who continued to eat a high-fat diet.

In nutrition counseling, the women in the low-fat group were taught to replace fatty foods with more healthful foods like fruits and vegetables. They also learned strategies like cooking with less oil, cutting out butter and high-fat salad dressings, reducing portion sizes of red meat, and trading high-fat snacks like potato chips and baked goods for lower-in-fat options like popcorn and vegetables. All Pritikin-style guidelines.

Yes, keep eating your vegetables. They’re beneficial not only for cardiovascular health and weight control but likely for breast health as well. In a meta-analysis10 of more than 990,000 women over the course of 11 to 20 years, those who consumed the most vegetables had a reduced risk of postmenopausal breast cancer.

One type of food that is high in saturated fat is red meat. And science is now finding a link between red meat and increased breast cancer risk.

In a two-decade study12 of nearly 90,000 women, for example, researchers from Harvard School of Public Health reported that women who ate the most red meat (1.5 servings daily) increased their risk for breast cancer by nearly 25% compared to women who ate just 1 serving of red meat a week.

Moreover, each additional daily serving of red meat appeared to increase the risk of breast cancer another 13%.

In conclusion, the scientists wrote that replacing one daily serving of red meat with protein-rich alternatives such as legumes (beans), fish, or poultry could likely reduce breast cancer risk by 15 to 20%.

Daily physical activity can certainly help keep weight in check, which in turn will help fend off breast cancer.

Numerous studies over the past three decades have affirmed a link between exercise and breast cancer prevention.

And you don’t have to run marathons. In one recent study13 of nearly 60,000 women in France who were followed for eight years, researchers found that just four hours of walking or cycling per week was linked with significant reductions in breast cancer diagnoses compared to women who did not exercise at all.

But you’ve got to keep at it. The scientists also found that among women who quit exercising, breast cancer rates rose.

Though a drink or two a day appears beneficial for heart disease prevention, this is not true for breast cancer prevention.

General Pritikin guidelines for women regarding alcohol drinking are no more than four drinks a week, but for women with a high risk of breast cancer, any alcohol consumption – even as little as a drink a day – may spell trouble.

In a study14 from Harvard School of Public Health and Brigham and Women’s Hospital in Boston, just one glass of alcohol a day increased the risk of breast cancer.

In research by the National Cancer Institute, postmenopausal women who drank one or two drinks daily ended up with a 32% increased risk of breast cancer compared to nondrinkers, and those who put away three or more drinks daily saw their risk soar to 51%.

Does this mean no alcohol drinking whatsoever for high-risk women?

“We all celebrate special occasions throughout the year, like New Year’s Eve, Christmas Eve, and weddings. Having a drink or two on these festive events is not going to cause breast cancer. What will increase risk is day-in, day-out drinking,” advises Pritikin’s Associate Medical Director Danine Fruge, MD.

“It’s easy to feel overwhelmed by the many lifestyle guidelines for optimal protection against epidemics like heart disease and cancer,” acknowledges Dr. Fruge, “but our guests here at Pritikin have found that living well is not only sustainable, it’s actually pleasurable. In fact, I often hear from them, ‘I had no idea healthy food could taste this good.’

“Every day here, they’re sampling new foods in our dining room. They’re being taught how to prepare them by our phenomenal chefs in cooking school. They’re also exercising, and learning how to rise above defeating emotions like anxiety. They’re discovering how flexible a healthy lifestyle can be. And they’re imbued with the confidence that they can continue doing well when they return home.

“Pritikin is a vacation, certainly. We’re located in a beautiful, 650-acre tropical and golf resort. But it’s a vacation with a purpose, the most important purpose there is – living long and well.”

Take life to the next level, and be all that you can be. That’s what a vacation at Pritikin is all about. Live better. Look better. And best of all, feel better.
All-Inclusive Program