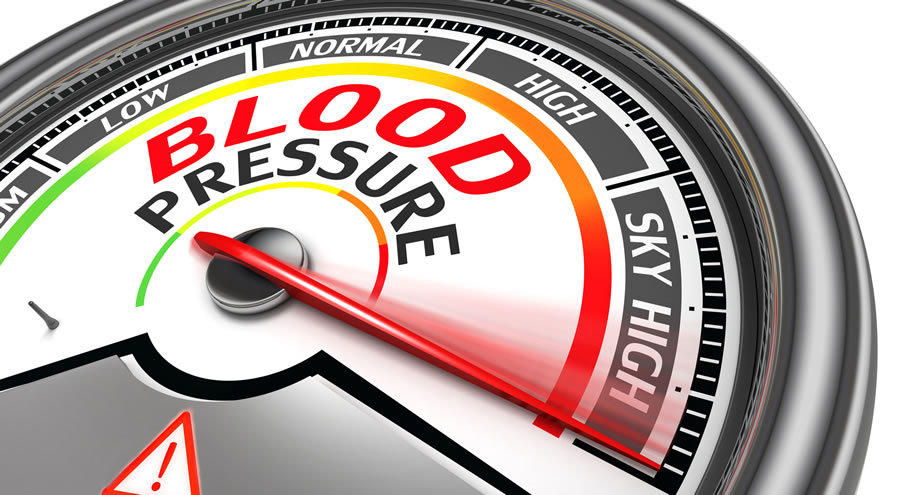 A few people (and we stress, only a few) may have symptoms such as nosebleeds, shortness of breath, fatigue, and headaches.

Most people feel nothing. And sadly, they do nothing.

“If you ignore your blood pressure because you aren’t feeling any symptoms, you’re playing Russian roulette with your life,” cautions Danine Fruge, MD, Medical Director at the Pritikin Longevity Center. Pritikin is a heart health resort in Miami that since 1975 has taught thousands to control blood pressure through healthy lifestyle changes.

Everybody needs to know their blood pressure numbers, especially in a country like the United States, where nearly half of all adults have hypertension.

The Consequences of Hypertension

Research shows that hypertension is the #1 risk factor for the approximately 800,000 strokes Americans suffer each year. It is also responsible for about half of all deaths from heart disease.

“This toll on health occurs despite the fact that hypertension can largely be prevented and/or reversed simply by changing our diet and lifestyle,” states Kimberly Gomer, MS, RD, Director of Nutrition at the Pritikin Longevity Center.

At Pritikin, lifestyle changes like reducing sodium intake, increasing consumption of potassium-rich fruits and vegetables, and exercising daily have helped people reduce blood pressure as well as the need for blood pressure medications.

Research1 published on 1,117 men and women with high blood pressure who attended the Pritikin health resort found that they ended their three-week stay with significantly healthier blood pressure levels. Moreover, of those on blood pressure drugs, 55% returned home no longer needing their drugs, and many of the rest left Pritikin with their dosages substantially reduced.

A recent meta-analysis2 by scientists at Emory University of 24 studies involving more than 23,000 participants also underscored the blood-pressure-lowering benefits of a healthy diet. The scientists compared several diets and found that the one with the greatest overall reduction in blood pressure was DASH (Dietary Approaches to Stop Hypertension).

Diet As an Alternative To Medication

Like the Pritikin Eating Plan, DASH is high in fruits, vegetables, and whole grains; moderate in nonfat dairy and lean meat, fish, and poultry; and low in sodium and fat. The magnitude of this diet’s blood pressure reductions, the authors of the meta-analysis wrote, “is similar to trials examining single drug therapies in mild hypertension,” indicating that this diet “may be an alternative to medication initiation in early stage hypertension.”

Interestingly, in this 24-study meta-analysis, the diet that proved least effective in lowering blood pressure was the Mediterranean-style diet, possibly because it did not limit sodium as the other diets did.

Scientists at the National Institutes of Health have zeroed in on sodium. They compared three different DASH diets, all full of fruits, vegetables, and other healthy foods, but the sodium content of each diet varied (3,300, 2,400, and 1,500 milligrams a day).

The researchers found that the biggest reductions in blood pressure for everyone – people with hypertension as well as those with blood pressure readings as low as 120/80 – occurred in those on the diet that limited sodium intake to 1,500 milligrams a day.3

Dietary sodium limited to fewer than 1,500 milligrams a day is recommended by the Pritikin Program as well as the American Heart Association4 and the Centers for Disease Control.5

“When it comes to high blood pressure, don’t focus on symptoms. You likely don’t have any. Focus on your blood pressure numbers instead. Doing so could save your life,” urges Pritikin’s Medical Director Dr. Danine Fruge.

“And while medications to treat hypertension have been shown to be better than doing nothing at all, an even better approach for many people is a healthy lifestyle like Pritikin. That’s because the only side effects of a healthy lifestyle are good ones.

“And a healthy lifestyle eliminates the dietary insults and other lifestyle-related factors that caused hypertension to develop in the first place.”