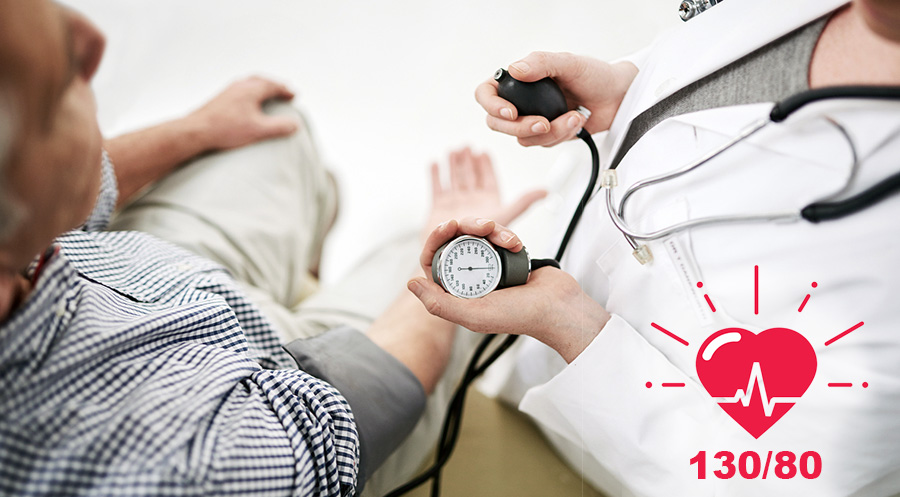 It is a major change from the old definition of 140/90 and higher, and the first update to U.S. guidelines on blood pressure detection and treatment since 2003.

These new guidelines are definitely an improvement. As we have taught at the Pritikin Longevity Center for the last four decades, dramatic increases in heart attack and stroke risk do not begin with blood pressure readings of 140/90. They begin at much lower readings like 130/80.

“You’ve already doubled your risk of cardiovascular complications compared to those with a normal level of blood pressure. We want to be straight with people – if you already have a doubling of risk, you need to know about it. It doesn’t mean you need medication, but it’s a yellow light that you need to be lowering your blood pressure, mainly with non-drug approaches.”

The non-drug approaches recommended by Dr. Whelton and co-authors of the new guidelines are lifestyle-based, and include:

“Lifestyle changes as the first line of therapy”

“An important cornerstone of these new hypertension guidelines is a strong emphasis on lifestyle changes as the first line of therapy. There is an opportunity to reduce risk without necessarily imposing medications,” Richard Chazal, the immediate past president of the American College of Cardiology, told The Washington Post.

Since 1975 at the Pritikin Longevity Center, we’ve seen, every day, the power of healthy lifestyle changes to reduce blood pressure. The good news for many of our guests is that lowering of blood pressure to healthy, normal levels happens very quickly, often in a matter of days.

Consistently, studies have documented the blood-pressure-lowering benefits of a healthier lifestyle.

Below are research highlights:

Nearly half of U.S. adults now have high blood pressure

However, point out the guidelines’ authors, there should only be a small increase in the number of people who will require anti-hypertensive medication. As mentioned earlier, scientists are emphasizing that lifestyle changes like improved diet should be the first line of defense.

It’s tough to change your lifestyle

“Those who have the resources to attend a healthy-living resort like the Pritikin Longevity Center do see dramatic reductions in their blood pressure, but unfortunately, diet and other lifestyle changes needed to reverse elevated blood pressure might be very difficult to achieve for others, especially if they cannot get expert dietary counseling to limit salt/sodium and make tasty foods using herbs and spices instead of added sodium,” laments Kimberly Gomer, MS, RD, Director of Nutritio at Pritikin.

“Getting expert dietary counseling in America can be a challenge because current U.S. medical guidelines often deny payment to registered dietitians/licensed nutritionists for management of hypertension. To really help most people lower their blood pressure with diet and lifestyle measures, we will likely need to establish treatment guidelines that allow physicians to refer their patients with high blood pressure to registered dietitians.”