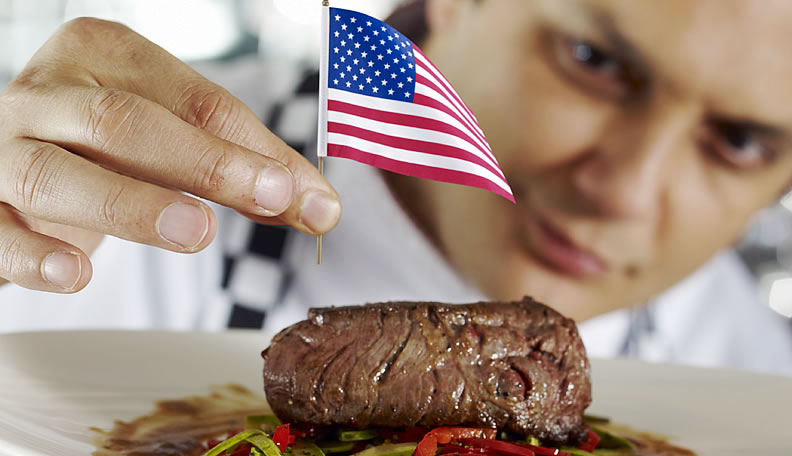 The modern U.S. history of what makes up a healthy diet has been a head-scratching story, full of twists and turns.
The story starts on a good note. For the past four decades, the U.S. Dietary Guidelines have discouraged the intake of animal products, particularly those high in saturated fat and cholesterol. This advice has led most Americans to consume fewer eggs, full-fat dairy products like whole milk and cheese, and fatty meats.  It has contributed to lower average cholesterol levels and lower numbers of deaths from heart attacks.

But the dietary story does not end here. Unfortunately, reducing the consumption of fatty meats and other animal products has certainly not helped stem the expanding waistlines of most Americans. Today 75% of men and 68% of women in the U.S. over the age of 25 are overweight or obese.

Weight gain is the major risk factor for developing insulin resistance and eventually type 2 diabetes. Not surprisingly, the number of Americans with type 2 diabetes has increased dramatically over the last 40 years. The latest statistics from the Centers for Disease Control and Prevention show that more than 9% of the U.S. population, nearly 30 million people, now have diabetes. Roughly 80 million more Americans have pre-diabetes.

Nutrition experts and the scientific evidence generally concur that major contributors to our burgeoning waistlines and increasing diabetes risk are refined carbohydrates, especially sugary drinks, but also hyper-processed, white-flour products – pizza dough, pretzels, cookies, cakes, candy, croissants, donuts, corn chips, and potato chips. Many of these foods, ubiquitous in American society, are high in not only processed carbs but also fat. They’re dense with calories and low in fiber. They promote increased calorie consumption, which leads to greater weight gain, and greater likelihood of diabetes.

During the past two decades, many new and popular diets, like Paleo-style eating, have responded by blaming high-carb foods for weight gain. Low-carb diet books advocate the consumption of more animal protein and the reduction or near elimination of carbohydrates. Even whole grains and beans, the Paleo enthusiasts tell us, should not be part of the human diet.

Has that been good idea? Not at all, concluded a well-designed, 12-year follow-up1 to a large European study on protein intake (EPIC).

Interestingly, red and processed meats were not solely responsible for promoting type 2 diabetes, which often starts with damage to muscle cells. EPIC’s results showed that increasing protein from eggs, dairy, poultry, and fish were also associated with a greater risk of developing type 2 diabetes over the study’s 12-year period.

This trend was strongest for obese women. They were 19% more likely to develop type 2 diabetes for each extra 10-gram daily intake in animal protein. (To help you understand how small an amount 10 grams of protein is, a four-ounce chicken breast has about 30 grams of protein.)

The EPIC authors concluded that given the rapid rise in type 2 diabetes in Europe, “limiting iso-energetic diets high in dietary proteins, particularly from animal sources, should be considered.”

Why would animal proteins be significantly more diabetes-producing than plant proteins? The answer may lie with newly published research2 on branched-chain amino acids, which are typically found at much higher levels in animal protein than in plant protein.

The new study, published in Nature Medicine, reported on a never-before-known chain of complex chemical events. The researchers found that higher intakes of branched-chain amino acids led to a four- to five-fold greater uptake of fat by muscle cells. In turn, this increased fat inhibited the ability of insulin to bring glucose into the cells. This condition, known as insulin resistance, causes glucose to back up in the blood. The upshot is often pre-diabetes, and ultimately, type 2 diabetes.

We have long known that muscle cells accumulating more fat will generally show impaired insulin signaling, leading to increased insulin resistance. Studies have also affirmed that people with type 2 diabetes tend to accumulate fat in not only muscle cells but also liver and pancreatic cells. This fat accumulation likely cripples their function and may eventually inflame and destroy cells. In fact, by the time type 2 diabetes is diagnosed, many patients have already had a large proportion of their insulin-producing beta cells destroyed.

Eating too much protein, especially animal protein, may contribute to excessive fat build-up in the body, including the muscle, liver, and pancreatic cells, where it will promote insulin resistance and lead eventually to diabetes.

So Where Do We Go From Here?

Certainly, we shouldn’t avoid all protein. Moderate intake is essential, especially for building and maintaining muscle.  This is particularly true as we get older and naturally tend to lose muscle mass.

Moreover, recent evidence, including the OmniHeart Study3, showed that including lean, healthier sources of protein may help provide more satiety per calorie, which essentially means that lean, protein-rich foods can help us curb appetite and feel full, but at a low calorie cost.  That’s important because it can help people lose excess weight, which we know is the major driver of reduced insulin sensitivity.

To get enough protein, but not too much, follow a naturally high-fiber, whole-foods-based diet with moderate amounts of lean animal protein, like the Pritikin Eating Plan that we teach at the Pritikin Longevity Center.

And do know that you can be a vegetarian and still easily consume ample protein. A daily meal plan that includes legumes (beans) and bean-derived foods like tofu, plus egg whites and two servings of nonfat dairy, will provide plenty of protein, but not to the point of increasing diabetes risk. No meat also means no artery-damaging saturated fat and cholesterol.