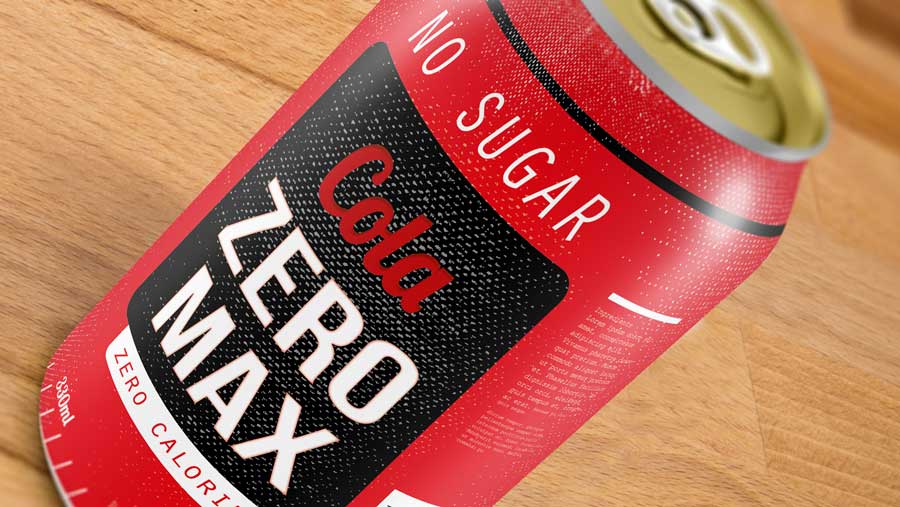 Do artificial sweeteners cause weight gain?

In our battle against weight gain, artificial sweeteners would seem an effective weapon. They’re calorie-free and sugar-free. Using them to replace sugars in our diet should mean fewer calories consumed, weight loss, and reduced risk of obesity-related diseases.

Confused? Who wouldn’t be?

Thankfully, scientists from the University of Bristol in the United Kingdom and seven other institutions recently published a systemic review and meta-analysis1 of all human and animal studies involving artificial sweeteners and body weight. It was published in the International Journal of Obesity.

Their conclusions were best summed up by lead author Dr. Peter Rogers in a university news release:

Of the 151 human studies reviewed, 139 were randomized controlled trials, which are considered the gold standard of study design. These trials showed no increased calorie intake or weight gain among participants who used artificial sweeteners.

In fact, the randomized controlled trials that were long-range (4 weeks to 40 months in duration) showed weight loss with the use of artificial sweeteners.

In addition to the 139 human randomized controlled trials, the researchers reviewed all the observational studies published on humans and artificial sweeteners. There were 12 in total.

An observational (also called prospective) study watches people over a period of time. But unlike randomized controlled trials, observational studies cannot establish cause and effect. They can only hint at possible links.

The scientists also noted that reverse causation may have influenced the results of the observational studies, meaning that the disease (in this case, obesity) may have caused the use of artificial sweeteners, not the other way around.

Dr. Rogers and colleagues found that two-thirds of the 90 studies on animals showed no weight gain among those given artificial sweeteners.

Carefully analyzing the remaining one-third of animal studies that indicated weight gain, the researchers deemed the results unconvincing. First of all, the subjects were rats and mice. The vast majority of animal studies have results that do not hold up with human research. Secondly, the methodologies did not replicate human eating behaviors “either in amounts consumed or pattern of consumption.”

To the contrary, there are benefits of weight loss and a reduced risk of obesity and diabetes. In fact, when humans who consumed artificially-sweetened soft drinks were compared to others who drank only water, the diet-soda drinkers consumed fewer calories and lost weight. The researchers speculated that the subjects’ general desire for sweets was satisfied by the artificial sweeteners.

As a result of their review of the scientific evidence, the researchers were so convinced of the safety and benefits of artificial sweeteners that they found no reason to call for further study.

Their final conclusion: “Overall, the balance of evidence indicates that use of artificial sweeteners in place of sugar, in children and adults, leads to reduced calorie intake and body weight.”

If a media headline sounds ridiculous, it probably is.

“Avoiding no-calorie sweeteners misses an opportunity to reduce intake of sugar and calories.”

But you can bet we’ll keep getting “big news breakthroughs” often based on one small, flimsy piece of research because shocking headlines boost readership and bump up Twitter feeds. And a jaw-dropping headline can move a story from page 28 to page 1.

Sometimes, even nonprofit publications neglect to take into account the totality of evidence on a subject. Recently, for example, the food advocacy group Center For Science in the Public Interest ran a story in their Nutrition Action newsletter on a single rodent study from Italy (which, curiously, was completed years ago and was published only recently). The study found a link between sucralose and a slightly increased risk of cancer. Unfortunately, there was no mention in the Nutrition Action article of the numerous studies, both human and animal, conducted over the past 30 years that have found sucralose to be safe.

The dietary guidelines of the Pritikin Program are in line with the conclusions of this new review.

“We always recommend naturally sweetened whole foods like fruit over artificially sweetened foods, but a little no-calorie sweetener in your bowl of oatmeal in the morning or a occasional diet soda are always going to be much better choices than pastries or regular sodas.”

The two no-calorie sweeteners approved by the Pritikin Scientific Advisory Board because they have the best safety records are sucralose (brand name is Splenda) and stevia (many brands are available).

The experts on the Pritikin Science Advisory Board personally use no-calorie sweeteners. “Make no mistake, I eat pounds of whole fruits and vegetables every day. But I know that without the use of Splenda, my primary choice, some amounts of stevia, and an aspartame/acesulfame that I might get from an occasional diet 7-Up or other diet pop, I’d certainly be up a few pounds!” smiles Dr. Tom Rifai, MD, FACP, member of the Pritikin Scientific Advisory Board and keynote speaker and founder of health education, coaching and consulting company Reality Meets Science® LLC.

“Artificial sweeteners,” concludes Pritikin dietitian Kimberly Gomer, “can be an ally in your crusade for good health when they replace added, refined sugars and when they improve your adherence to a healthy diet like the Pritikin Eating Plan.”