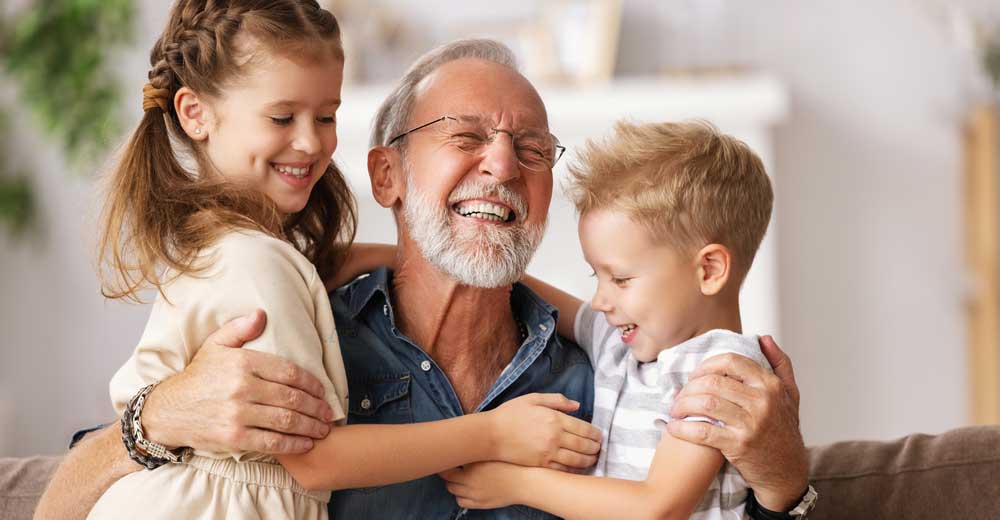 Think of the human brain as a city of lights.
Having Alzheimer’s or another dementia means that the lights are fading. A gradually spreading power failure is underway.

What’s more, the city is shrinking. The brain’s white matter is slowly shriveling up.

Unfortunately, there are no breakthrough medical therapies to cure this horrible loss of cognition.

But new research is now proving the power of prevention.

And the really good news is that it’s prevention with double action. The lifestyle that appears to guard against dementia is the very same lifestyle that guards against heart attacks. Key are measures like:

“What is good for the heart is essentially good for the brain,” sums up Kimberly Gomer, MS, RD, Nutrition Director at the Pritikin Longevity Center. “With a lifestyle that delivers excellent blood pressure, blood sugar, and cholesterol levels, as lean a body as one can reasonably achieve, good physical fitness, no smoking, minimal or no alcohol, and good social connections, the chances of dementia likely drop by 80%.

“This healthy lifestyle should optimally start early in life, although there are neurologists who believe there’s plenty of potency in therapeutic lifestyle change later in life.”

Many of us know that a chief cause of Alzheimer’s is amyloid plaques that collect in the brain.

But mounting data1 are now showing that Alzheimer’s is also a vascular disease. Just as there is inadequate blood flow to the heart, there is inadequate blood flow to the brain. The result is not only strokes but Alzheimer’s. Poor blood flow shows up as damage to the brain’s white matter; it starts deteriorating and shrinking. That’s troubling because white matter is very important. It enables the communication of information among the many regions of the brain.

And it’s not an either/or situation. Approximately half of people with memory loss and other forms of cognitive decline have both amyloid plaques and vascular damage.

In fact, one may feed the other. Vascular damage caused by heart disease risk factors, for example, may increase the amount of amyloid plaques in the brain.

High levels of bad cholesterol such as LDL have for several years been recognized2 as a risk factor for the development of Alzheimer’s disease. In fact, research indicates3  that too much cholesterol in our blood could potentially triple the odds of getting Alzheimer’s.

And now, researchers are learning that in those who already have Alzheimer’s, a high cholesterol level may escalate the progression of the disease.

Autopsy studies have found4 that the brains of people with Alzheimer’s have significantly more cholesterol than normal brains. Moreover, the cholesterol appears to build up5 in the amyloid-Alzheimer’s plaques in the brain.

Explains Dr. Michael Greger, MD, FACLM, who leads the nonprofit NutritionFacts.org and guest speaker at the Pritikin Longevity Center: “We used to think the pool of cholesterol in the brain was separate from the pool we had in our blood, but there is now growing evidence to the contrary. For example, LDL cholesterol may be able to cross6 the blood–brain barrier into the brain. So, a high-fat diet may not only increase cholesterol levels in the blood, but also the influx of cholesterol into the central nervous system.”

The researchers found that being overweight at mid-life significantly increased the amount of amyloid plaques in the brain two decades later.

Having additional cardiovascular risk factors like type 2 diabetes and hypertension increased the amount of amyloid plaques even more.

Scientists have long known that there is a strong link between type 2 diabetes and Alzheimer’s disease. In fact, Alzheimer’s is often referred to as type 3 diabetes.

Hypertension, or high blood pressure, is also strongly connected with cognitive decline. The good news: recent research has found that following the DASH diet (like Pritikin, DASH is high in fiber-rich whole foods and low in fat and salt) plus aerobic exercise yielded improvements in mental sharpness in just four months.8

A recent study9 from the University of Cambridge looked at the impact of obesity on brain structure across the adult lifespan, analyzing data from 473 individuals between the ages of 20 and 87.

Using MRI images of the brain, the researchers discovered that middle-aged participants who were overweight or obese had increased shrinkage of the brain.

Keep in mind that the brain naturally shrinks with age, and cognitive ability can decline. But this process appeared to begin earlier and accelerate faster in people carrying excess weight.

The results indicated that an overweight or obese person at age 50 will exhibit a loss of white brain matter equal to the loss experienced by a 60-year-old of normal weight.

The study’s senior author, Professor Paul Fletcher, pointed out that the striking discrepancies in the volume of white matter between lean and overweight participants was only observable “from middle age onward, raising the possibility that we may be particularly vulnerable at this age.”

“While a healthy food and exercise program are important at any age, it may be especially beneficial for your brain in your midlife years,” sums up Dr. Danine Fruge, MD, Medical Director at the Pritikin Longevity Center in Miami. Pritikin has been helping people lose weight and learn heart-healthy habits since 1975.

“So whatever motive inspires you, from protecting your heart to protecting your brain, do as we do at Pritikin. Eat well and keep that treadmill moving. It will enhance the vigor of your body and, very likely, the vitality of your mind.”

In the Finnish Geriatric Intervention Study (FINGER),10 researchers recruited 1,260 men and women between the ages of 60 and 70. All had some cognitive decline.

They were divided into two groups: 1) the control group, which received regular health advice; and (2) the intervention group, which targeted several lifestyle and vascular risk factors simultaneously.

The intervention group components were: