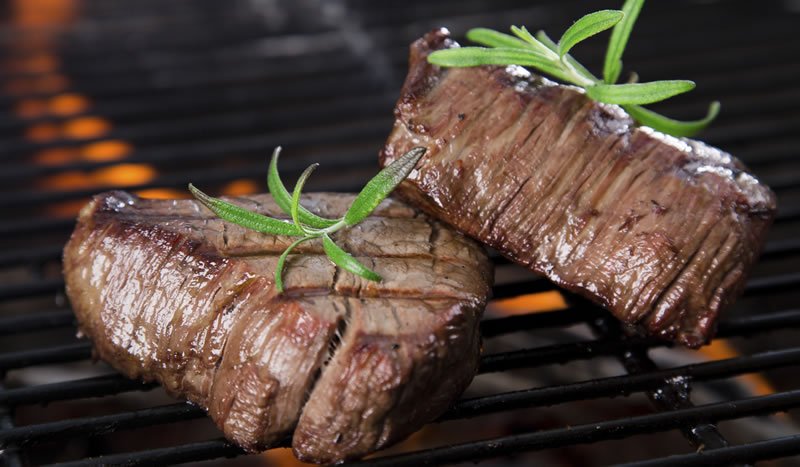 Is bison healthier than beef?

In the meat aisles of many grocery stores nationwide, you’d sure think so. You’ll find many bison products that sound healthy.

A package of ground bison, for example, is touted as being “only 15% fat.”

“But don’t be fooled into thinking that 15% fat bison means that only 15% of the bison’s calories come from fat,” warns Kimberly Gomer, MS, RD, Director of Nutrition at the Pritikin Longevity Center.

How does the meat industry get away with this?

Percentage of fat by weight

The government allows the meat industry to measure fat as a percentage by weight. By weight, the fat in this ground bison doesn’t add up to much, just 15% of the total weight.

Percentage of fat by calories

Looking at percentage of calories, more than 50% of the calories of a typical patty of ground bison come from fat. About 25% of its calories come from deadly saturated fat.

In real-world terms, it means that one patty of ground bison typically has more saturated fat than some popular fast food cheeseburgers.

“And certainly, don’t eat bison every night,” adds Pritikin dietitian Kimberly Gomer. “Just because some cuts of bison are healthier than beef does not mean that bison is a free-for-all.”

What’s more, all red meat, including bison, has carnitine, which research now suspects leads to the body’s production of substances, called TMAO, that may contribute to heart disease.

For optimal heart health, keep your consumption of bison (lean bison – no more than 5% fat by weight) to no more than 1 serving per week.  And keep serving sizes small, no more than 4 ounces, which is about the size of deck of cards.

Bison is also nice served as a condiment, for example, in a veggie-rich stew or chili, or in Asian-style vegetable dishes.