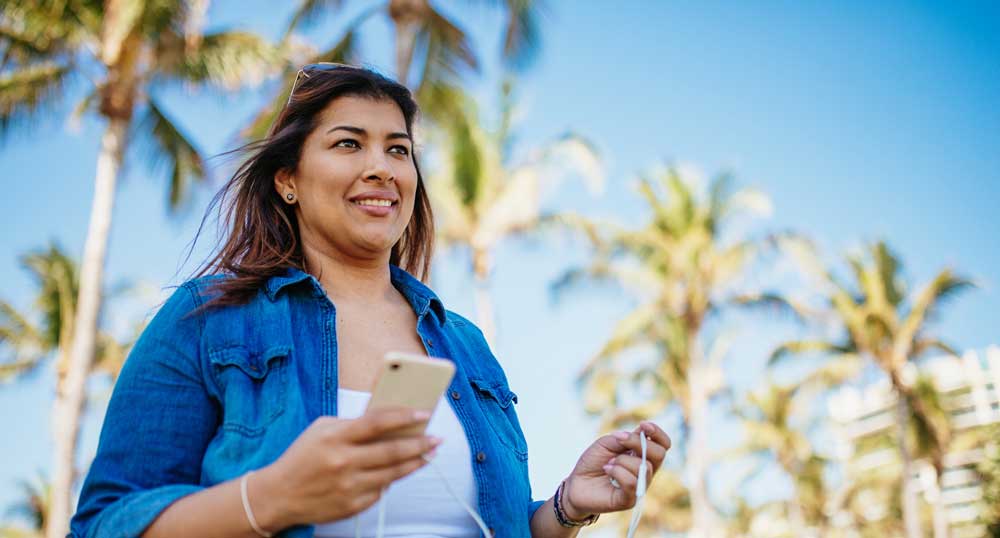 For more than 40 years, Dr. R. James Barnard in the UCLA Department of Integrative Biology and Physiology has studied conditions like obesity, heart disease, diabetes, hypertension, and cancer, and the impact of healthy lifestyles like the Pritikin Program. He has published 200+ studies on a wide range of subjects, from insulin resistance to prostate cancer to healthy weight-loss plans.
Many of his investigations have involved complex physiological issues, but Dr. Barnard feels that one of his most important conclusions can be expressed in very simple terms:

We must stop focusing on questions like,
“How long does it take to lose weight?”

“When we put weight loss first,” explains Dr. Barnard, “we often set ourselves up for failure.”

“For most people, weight loss happens slowly – usually only about one to three pounds a week,” says weight-loss expert Dr. Barnard.

“When we tell a 300-pound man that his ideal weight is 180 pounds, what good does that do him? He already knows he’s grossly overweight, and setting his sights on 180 pounds seems interminable. Soon, he gets discouraged and quits. But if we put the focus on improving risk factors such as blood pressure, diabetes, and cholesterol, he will likely see major success in a very short period of time.

“His risk-factor success can fuel his incentive to continue with his healthy lifestyle plan. With continued adherence comes weight-loss success. It’s a win-win strategy.”

“We see it all the time at the Pritikin Longevity Center,” notes Pritikin’s Medical Director Danine Fruge, MD. “People arrive here obsessed with losing weight, but they leave us realizing that success encompasses much more than what the bathroom scale says.

“They’re thrilled at the health results they’ve achieved and tell us: ‘I can’t believe how much my cholesterol went down,’ and ‘The last time my blood pressure was this low I was in high school,’ and ‘I never thought I could feel this good again.’

“Best of all, they’re motivated to continue with their healthy new habits when they return home. They’ve learned that while weight loss is slow, getting healthy can happen very, very quickly.”

If you’ve visited the Pritikin Center, you’re aware of the fast and profound impact of healthy eating and fitness on traditional risk factors like blood pressure and cholesterol, but there are many other benefits related to physiology and healthy weight-loss planning that scientists are now discovering.

Dr. Barnard describes these research findings in his book Understanding Common Diseases and the Value of the Pritikin Eating and Exercise Program. Here are three.

Hormones, including insulin, cortisol, thyroxin, and estrogen, can significantly influence our metabolism (the rate at which we burn calories) and the amount of fat we store. We’ll focus on insulin in this newsletter issue.

One of insulin’s primary jobs is ferrying glucose (sugar) out of the bloodstream and into our body’s cells.

A growing body of research is finding that for many people, getting healthy again does not require a medicine cabinet full of drugs. Fast and profound benefits can happen simply with good food and daily fitness.

The kind of food we eat may be more important than the actual calorie count.

In his laboratories at UCLA, Dr. Barnard and his team have conducted experiments with rodents in which half were placed on a typical American diet (high in fat, sugar, and refined carbohydrates), and the other half ate a Pritikin-style plan rich in whole, unrefined carbohydrates naturally low in fat.

The rodents on the American-style diet became insulin resistant, developed the metabolic syndrome (a pre-diabetic condition), and gained weight, particularly belly fat. The Pritikin-eating rodents did not.2

“What was interesting,” notes Dr. Barnard, “is that the American-diet animals realized that their diet was packed with calories and actually consumed less food compared to the Pritikin-diet group.

“In fact, when food intakes were measured and calorie consumptions calculated, there was no difference in calorie intake between the two groups despite the fact that the American-diet group gained weight and got fat. This research3 demonstrates the importance of paying attention to the kind of foods consumed and not just the calories.”

Studies like this may also help explain why many Americans who work hard trying to lose weight – judiciously counting calories and eating just half of their typical portions of burgers and fries – net so little in return. The bathroom scale barely budges. Some even gain weight. Understandably so, they often give up on their diets.

“On the flip side, our research may explain why many people attending the Pritikin Longevity Center are surprised at how much they can eat, far more than those meager servings of burgers and fries, yet successfully shed weight,” notes Dr. Barnard.

Fat cells, scientists now know, do a lot more than make us pudgy. They pump out chemicals like inflammatory cytokines that trigger chronic low-level inflammation throughout the body. That’s a big problem because chronic inflammation is thought to be one of the major factors linking obesity to various life-crippling diseases, including heart disease, strokes, diabetes, and even Alzheimer’s disease.

“Probably the most important aspect of the Pritikin Program for reducing pro-inflammatory factors is the program’s substantial reduction in saturated fat intake,” observes Dr. Barnard.

Now for the heartening news…

Within two to three weeks, the Pritikin Program has been reported to substantially reduce (up to 45%)5 blood levels of hs-C-reactive protein, a marker of inflammation, in men, women, and children. C-reactive protein is produced primarily by the liver and released into the circulation when levels of inflammatory cytokines are increased.

Levels of matrix metallo proteinase-97 have also been found to drop rapidly with Pritikin living, “which should immediately reduce the risk for plaque rupture, clot formation, and a heart attack,” states Dr. Barnard.

“Keep in mind that all these health benefits were achieved before our men, women, and children had lost significant amounts of weight. That’s why it’s so important to focus on these health improvements. They come quickly and dramatically, and they serve as powerful motivators to continue a healthy lifestyle,” says Dr. Barnard.

“As we’ve observed with the many thousands of participants at the Pritikin Longevity Center over the last 40 years, when we focus on healthy living success, we achieve weight-loss success.”