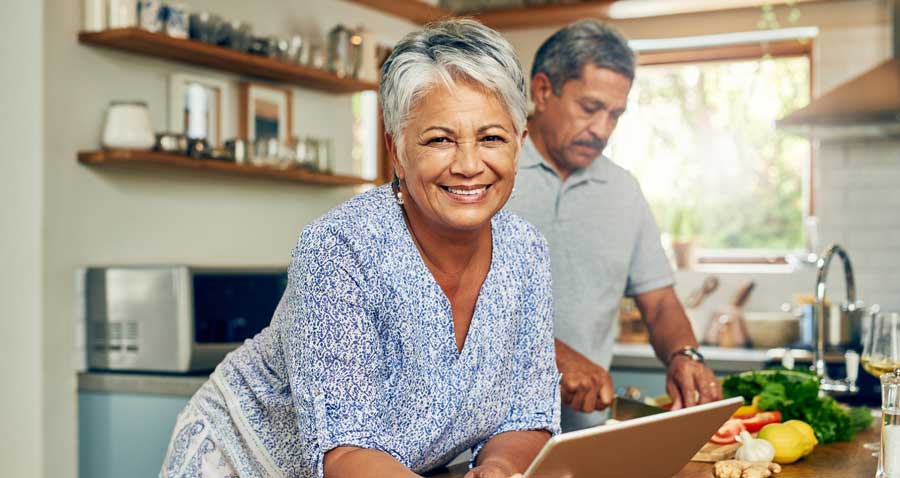 “And by the third day, I got this burst of energy,” says Jeff. “I felt as good as I did when I was in high school. And all this without taking any medications… just eating healthy and exercising. That’s all it was!”
Not everyone’s blood sugar (glucose) tumbles as quickly as Jeff’s, but there is plenty of research affirming that a healthy diet like the Pritikin Eating Plan combined with daily exercise can profoundly reduce blood sugar levels in just two to three week’s time.

Pritikin eating means focusing on whole foods that are naturally rich in fiber and naturally low in fats, sugars, and industrial refinement. Pritikin foods are vegetables, whole fruits (not juice), whole grains, legumes such as beans and peas, nonfat dairy foods, and moderate servings of lean meat such as fish, skinless chicken breast, and game meat like bison and venison.

How Long Does It Take To Reverse Diabetes? | The Science

About 20 years ago, scientists began discovering how quickly diabetes could be reversed. Researchers at UCLA tracked1 men and women with type 2 diabetes who had attended the Pritikin Longevity Center, where they learned and adopted healthy Pritikin food and fitness habits.

Among the 652 people studied, 240 were “new diabetics,” that is, they had only recently been diagnosed with the disease; they were not yet taking any medications. Within an average of three weeks at Pritikin, the blood sugar (glucose) levels of these newly diagnosed diabetics had fallen from an average of 164 mg/dL to 124.

Among the diabetics who were taking oral drugs (197 in total), the great majority, 71%, had lowered their blood sugar to the point where the drugs were no longer needed, and were discontinued. (At the time, 1994, a fasting glucose below 140mg/dL meant you no longer had diabetes. Today, the threshold is below 126 mg/dL.)

“The need for early emphasis”

Those in the advanced stages of the disease and taking insulin (212 people) improved as well, but not nearly as well as the other two groups. That’s why the UCLA scientists titled their study “Diet and Exercise in the Treatment of NIDDM [Type 2 Diabetes] – The need for early emphasis.”

Food, Fitness, and Prevention of Diabetes

Bottom Line: “There is much we can do with a healthy lifestyle alone, no medications needed, to prevent diabetes,” states Dr. James Barnard, Distinguished Professor Emeritus at UCLA and author of more than 200 studies on the relationship between lifestyle habits and chronic diseases like diabetes.

In fact, a healthy lifestyle has proven more effective than medication in staving off diabetes.

In a landmark study, the NIH-sponsored Diabetes Prevention Program2, scientists followed 3,234 men and women with pre-diabetes for three years.

One-third of them adopted lifestyle changes that were similar to the Pritikin Program: a daily eating plan of low-calorie-dense, high-fiber foods; exercising for at least 30 minutes five days a week; and a 7% weight loss.

Another third of these pre-diabetics took a drug – metformin (Glucophage®).

The remaining third, the control group, took a placebo.

The results? Those on the lifestyle-change plan reduced the progression to full-blown type 2 diabetes by 58% compared to the control group. The reduction was even greater – 71% – among those aged 60 years or older.

Treatment with the drug metformin reduced the progression to type 2 diabetes by just 31%.

Put simply, lifestyle changes were nearly twice as effective as medication in preventing pre-diabetes from turning into diabetes.

Heredity Need Not Be Destiny

Many people think they’re destined for lifetime struggles with excess weight (a major risk factor for diabetes) and ultimately diabetes because “it’s in my genes.” They had parents or grandparents who were overweight and had diabetes.

And sure, genetic factors predispose some of us to become fatter than others, “but for most Americans, heredity need not be destiny,” argues Dr. Danine Fruge, MD, ABFP, Medical Director and Educator at the Pritikin Longevity Center.

“The primary reason that growing numbers of Americans are seriously overweight and diabetic is not genes. It’s our Western, industrialized environment. We drive rather than walk. We choose elevators over stairs. And we wolf down fast food burgers instead of fruit, veggies, beans, and whole grains. We live in a society, in short, that promotes excessive calorie intake and body fat accumulation, even in those of us who have only a weak genetic predisposition to put on weight,” explains Kimberly Gomer, MS, RD, LDN, Director of Nutrition and Educator at the Pritikin Longevity Center.

The Story of the Pima Indians

Research has found3 that the Pima Indians are a perfect example of how powerfully our environment can dictate who gets obese and diabetic, and who doesn’t.

Today, two main groups of Pima Indians live on earth. The first group lives high in the Sierra Madre Mountains of Mexico – a rural environment. The second group lives in Arizona on the Gila River reservation. Both groups are thought to be genetically identical. Scientists estimate they were separated about 700 to 1,000 years ago. For DNA evolutionary development, that’s a mere pittance of time.

But physically, the two groups today could not be more different.

The Fattest People On Earth

The Pimas of Arizona are among the fattest groups of people in the world. The only populations more obese are people living on some isolated Pacific Islands. On the Gila River reservation in Arizona, children as young as six and seven are so obese they cannot run. They lumber across baseball fields, out of breath before they get to first base.

Among Pima Indians over age 35 in Arizona, the rate of type 2 diabetes is eight times the national average. In fact, the prevalence of diabetes on the reservation is the highest recorded anywhere in the world. By age 50, nearly 60% of the Pimas in Arizona have type 2 diabetes.

What are these Arizona Pimas eating? Like many Americans, their diet is largely fats, sugars, and refined flours: cokes, cheeseburgers, pepperoni pizza, Twinkies, and Oreos. What’s their exercise? Not much. Nowadays their farm, a large collective enterprise, is run primarily by machinery. Most are employed in offices at the tribal government or at the reservation’s casino.

By contrast, the Pima Indians of rural Mexico tend to be thin, wiry, and strong. They work the land, like generations before them, with their hands and simple tools. Their diet consists almost entirely of the foods they grow: beans; potatoes; corn; tortillas; seasonal vegetables like zucchini, squash, tomatoes, garlic, and green peppers; and fruit, especially peaches and apples. Once a month, maybe, they eat a free-range chicken.

On average, the Pima Indians of rural Mexico weigh 65 pounds less than the Pimas of Arizona.

In marked contrast to the Arizona Pimas, less than 4% of the Pimas from rural Mexico develop type 2 diabetes, and in Mexico it’s found primarily in people over 50 years of age.

Increasingly, the Pimas of Arizona are developing diabetes in their teens, 20s, and 30s.

Before World War II, however, the Pimas of Arizona rarely developed type 2 diabetes, and almost none became obese. Back then, they weighed on average 75 fewer pounds than they do today. Back then, their diet consisted mostly of foods they grew – naturally high-in-fiber, low-in-fat foods like corn, beans, and vegetables. They consumed fiber-rich fruits for dessert. They rarely ate refined grains, sugars, fatty animal products, and refined fats and oils. And compared to today, they were far more active.

“The plight of the Pimas in Arizona and the remarkable health of the Pimas in rural Mexico are a stirring reminder of the power of environment over DNA,” sums up Dr. Fruge.

“It is possible for a Pima – indeed, for nearly all us – to play an active role in staving off genetic susceptibilities to excess weight and diabetes. It is possible to be fit and healthy, regardless of our genetic heritage.”

Other ethnic groups have experienced similar benefits when they shed Western-style habits. Research4, for example, has chronicled that when obese, native Hawaiians returned to their native diet, consisting of fruits, vegetables, yams and poi (cooked taro root), and small amounts of poultry and fish, they lost weight easily. And in just 21 days, blood glucose, cholesterol, triglyceride, and blood pressure levels improved dramatically.

The same thing happened in Australia to aborigines, scientists discovered5. After just seven weeks of “living off the land” like their ancestors, they lost considerable amounts of weight. What’s more, most got off their medications for diabetes, high blood pressure, and other ills caused by a modern diet and sedentary lifestyle.

Should We Pick Up Plows and Return To the 19th Century?

Of course not. “But we can learn a lesson from the Amish in the Lancaster area of Pennsylvania,” notes Gomer.

“They shun all modern conveniences. They’re physically active throughout the day, growing and producing their own foods in much the same way their ancestors did 150 years ago. While the Amish diet is a lot higher in fatty dairy products than the Pritikin Eating Plan or the U.S. Dietary Guidelines would recommend, only about 3% of the Amish are overweight, and almost none is obese.”

By contrast, the latest data6 show that 35% of U.S. adults are obese, and more than 29 million people, or 9% of the population, have diabetes. Roughly 86 million more have pre-diabetes, estimates the Centers For Disease Control and Prevention. That’s one out of three American adults!

Just-published research7 from UCLA also show how horrifying the numbers are. The scientists found that nearly half of California adults, including one out of every three young adults (ages 18 to 39), have either pre-diabetes or undiagnosed diabetes.