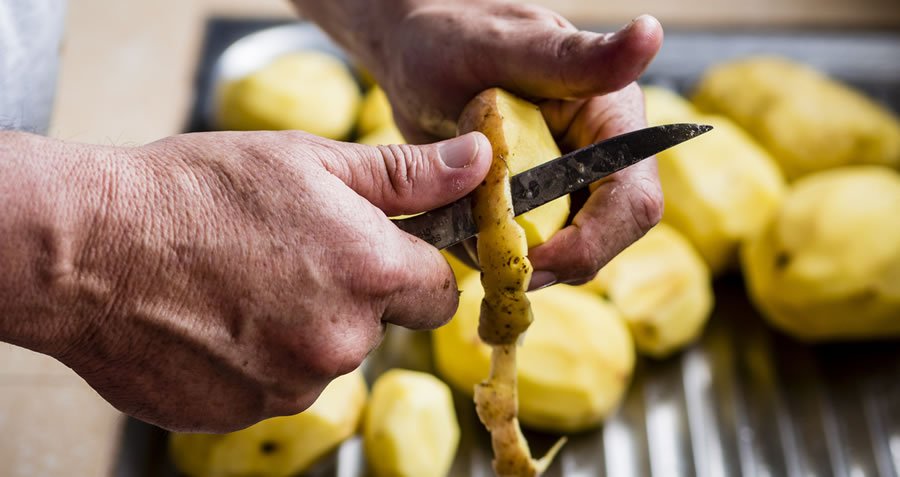 Here’s yet another reason to eat a heart-healthy diet like the Pritikin Eating Plan: possible protection against a punishing, fatiguing disease called rheumatoid arthritis, often nicknamed RA.
RA affects about 1.5 million people in the U.S. It’s three times more common in women than men. For women, it often emerges between ages 30 and 60. For men, it occurs later.

What Is Rheumatoid Arthritis?

Rheumatoid arthritis is, in a word, painful. It is a disease in which the immune system seems to have gone haywire. Instead of doing its normal job of attacking invaders like bacteria and viruses, it begins attacking the body’s own joints.

The result is severe inflammation. Hands, wrists, elbows, knees, and ankles suffer. Often, so do other parts of the body, from eyes to skin.

Symptoms of RA may come and go, and include:

Describes blogger Katie, now in her mid-thirties, and diagnosed with rheumatoid arthritis at age 23: “Sometimes it feels like burning, other times it feels like throbbing — throbbing so bad that you can’t think about anything else. There are times I’ve almost considered wanting to cut off a foot or a hand, the pain is so excruciating.”

Other days are fine. “When I feel good, I do yoga, run, and go about life like I don’t know what rheumatoid arthritis is,” says Katie.

Researchers have not yet pinpointed the exact causes of rheumatoid arthritis, but that hasn’t stopped them from looking for ways to eradicate the disease, or at the very least, lessen the pain.

Diet may play a critical role in both preventing and managing rheumatoid arthritis.

The latest evidence1 followed 169,989 American women, part of Harvard’s on-going Nurses Health Study, for more than 20 years.  Every four years, the nurses filled out extensive questionnaires about their daily diets.

The researchers found that women ages 55 and younger with the healthiest dietary patterns had two-thirds the risk of developing RA compared to those who ate the least healthiest.

The food habits of the nurses were assessed using the Alternative Healthy Eating Index (AHEI-2010)2, a dietary quality score based on the U.S. Dietary Guidelines for Americans. It is composed of 11 foods consistently associated with lower or higher chronic disease risk.

The scientists discovered that foods linked with lower risk of RA were:

Foods associated with increased likelihood of a diagnosis of rheumatoid arthritis were:

In their published study, lead author Bing Lu, DrPH, MD, and colleagues affirmed that “fruits and vegetables have long been suggested as healthy foods that may be effective for rheumatoid arthritis prevention,” as have other components of a heart-healthy diet.

Indeed, the diet recommended by the Arthritis Foundation3 for the prevention and control of rheumatoid arthritis includes several heart-healthy recommendations that mirror the Pritikin Eating Plan.

From the Arthritis Foundation:

Eat Your Fruit and Vegetables.

Try a Handful of Nuts or Seeds.

Break Out the Beans.

Fill Up On Fiber.

What makes this latest study from Harvard a standout is its sheer size. Nearly 170,000 women were tracked, and not just for a few years but for two decades.

Also, the study showed how important it might be to start early in life with a healthy diet. As stated earlier, women ages 55 or younger who ate the best diets had two-thirds the risk of getting rheumatoid arthritis compared to those eating the worst diets, but for women older than 55, there was no significant link between healthy eating and reduced risk of the disease.

In the Harvard study, diet wasn’t the only healthy-lifestyle component linked with lower risk of rheumatoid arthritis. Others included:

But a growing body of research is now showing that a diet like the Pritikin Eating Plan may be the best diet for protection not only against epidemic diseases like hypertension, heart disease, and diabetes but also against rheumatoid arthritis.

“Eat healthier, and move more. The rewards just keep adding up,” smiles Danine Fruge, MD, Medical Director at the Pritikin Longevity Center, a health resort in Miami that has taught healthy Pritikin living to more than 100,000 people worldwide since 1975.