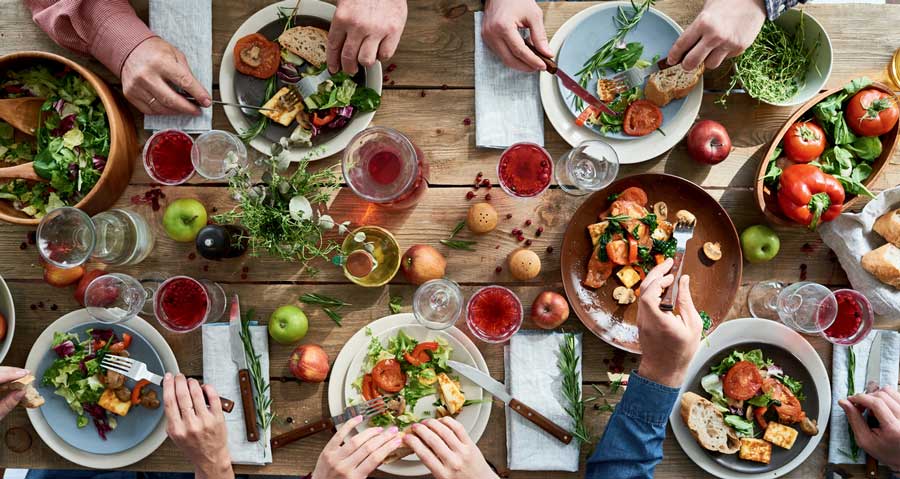 How Important Is Diet To Your Health?

To avoid cardiometabolic diseases like heart disease, diabetes, and stroke, there’s likely nothing more important than following a healthy diet, asserts newly published research in the Journal of the American Medical Association (JAMA).1

Using data that dissected the diets of 702,308 American adults who died from cardiometabolic diseases, the scientists found that nearly half of those deaths – 45.4% – were linked with 10 dietary factors.

Four of these factors were “bad.” The more you ate of them, the deadlier their impact. They were:

The remaining six were “good” dietary factors. If you didn’t eat enough of them, you got into trouble. They were: Poor diet is associated with a larger proportion of deaths among men than women.[/caption]

The study also found that poor diet was associated with a larger proportion of deaths among men (49%) than women (42%).

In men, the top five dietary factors tied with cardiometabolic deaths were:

In women, the top five factors were:

Poor diet was also linked with a larger proportion of deaths among blacks and Hispanics versus whites, and among people with lower versus higher levels of education.

The authors, led by Renata Micha, PhD, RD, at Tufts University, acknowledged the limitations of their research. Most notably, theirs was an observational study, which means they could establish correlations between foods and diseases, but not cause-and-effect.

And yet, pointed out the authors, their findings were consistent with many prior U.S. studies of diet and cardiometabolic death.

For example, a large analysis2 by researchers at Harvard School of Public Health concluded that dietary factors contributed to “a substantial number of deaths in the U.S.” in the year 2005 alone. A high-sodium diet was associated with 102,000 cardiovascular deaths; a low intake of omega-3 fats, with 84,000 deaths; a high intake of trans fats, with 82,000 deaths; and low consumption of fruits and vegetables, with 58,000 deaths.

Proven Benefits of a Heart-Healthy Diet

Moreover, in 100-plus studies published over the last 36 years, “We have found that regular exercise and a healthy diet, the Pritikin Eating Plan, yielded fast and profound improvements in cardiometabolic risk factors,” states UCLA distinguished professor emeritus James Barnard, PhD.  Dr. Barnard was lead author of many of the Pritikin studies.

Results of the Pritikin Program of diet and exercise include:

A second concern regarding the published JAMA study is whether the 10 dietary factors selected were the right set “or whether some other dietary factors should be included and others removed,” pointed out Drs. Noel Mueller and Lawrence Appel of Johns Hopkins University in an editorial11 in the same issue of JAMA.

How Important Is Diet To Your Health? | Bottom Line

“Dietary factors were estimated to be associated with a substantial proportion of deaths from heart disease, stroke, and type 2 diabetes. These results should help identify priorities, guide public health planning, and inform strategies to alter dietary habits and improve health.”

Concurred Drs. Mueller and Appel in their editorial: “…the likely benefits [of improved diet] are substantial and justify policies designed to improve diet quality.”

“Among unhealthful foods/nutrients, the present findings suggest that sodium is a key target,” summed up Dr. Micha and colleagues.

“Population-wide salt reduction policies that include a strong government role to educate the public and engage industry to gradually reduce salt content in processed foods (for example, as implemented in the United Kingdom and Turkey) appear to be effective, equitable, and highly cost-effective or even cost-saving.”15, 16