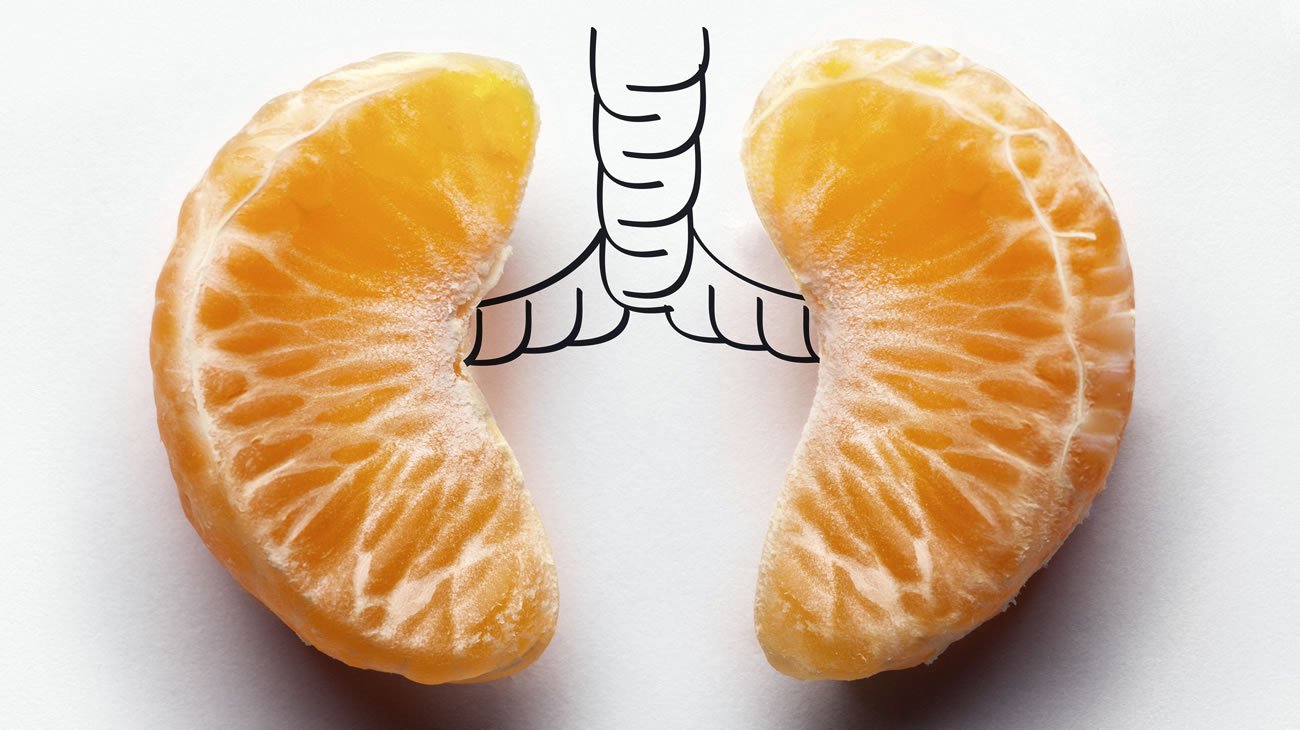 For those of you asking, “Exactly what is COPD, and why should I care about preventing it?” we’ll back up and clarify.

Chronic Obstructive Pulmonary Disease, or COPD, is an umbrella term for chronic lung diseases such as emphysema and bronchitis. They block the airways and restrict the body’s oxygen flow.

The results, as TV commercials for COPD treatment point out, can be painful and debilitating, making just about any type of physical activity difficult and seriously reducing the quality of life. More to the point, COPD is the third leading cause of death around the world.

Conventional wisdom has held that cigarette smoke is the villain, but this simple explanation does not explain why one third of those diagnosed with COPD had never smoked.

New research1 published in the British Medical Journal of more than 120,000 U.S. men and women followed for 12 to 16 years suggests that the foods we eat may also be hurting our lungs.

Using an evidence-based measure of diet quality called the Alternate Healthy Eating Index (AHEI-2010), researchers from the U.S. and France rated the diets of the study’s participants. Those who scored the highest ate the healthiest diet. Similar to the Pritikin Eating Plan, it was rich in fruits, vegetables, nuts, and whole grains, as well as foods, like fish, that are good sources of omega-3 fatty acids.

Those participants who scored lowest in dietary habits reversed this equation, consuming little in the way of whole, fiber-rich foods and far too much meat, sugar-rich drinks, and white bread and other refined grains – yes, the standard American diet, or aptly abbreviated SAD.

After 12 to 16 years of observation, and adjusting for factors such as age, physical activity, body mass index, smoking and ethnicity, the authors found that the healthiest eaters far outpaced the SAD eaters in terms of good lung health.

The risk of newly diagnosed COPD was one-third lower in participants who ate the healthiest AHEI-2010 diet compared with those who ate the least healthy diet.

A healthy diet had equally beneficial results for men and women, and the best results came from consuming high quantities of whole grains and fruits.

Healthy outcomes for women were significantly enhanced by reducing or eliminating the intake of fruit juices and sugary drinks.

As if to maintain gender equality, men could attain similar positive benefits by avoiding or significantly lowering their intake of fatty and processed meats.

In a news release from the British Medical Journal, the study’s lead researcher, Raphaelle Varraso of National Institutes of Health and Medical Research in France, reaffirmed that cigarette smoking is the predominant risk factor for developing COPD. But she also pointed out that the results of this new study would hopefully “encourage clinicians to consider the potential role of the combined effect of foods in a healthy diet in promoting lung health.”

Don’t smoke and continue focusing your diet on whole, naturally-fiber-rich foods, as the Pritikin Eating Plan has been recommending for decades. Doing so reduces the likelihood not only of coronary artery disease, hypertension, type 2 diabetes, obesity, and common cancers like prostate cancer, but also, new research suggests, one more debilitating illness – COPD.