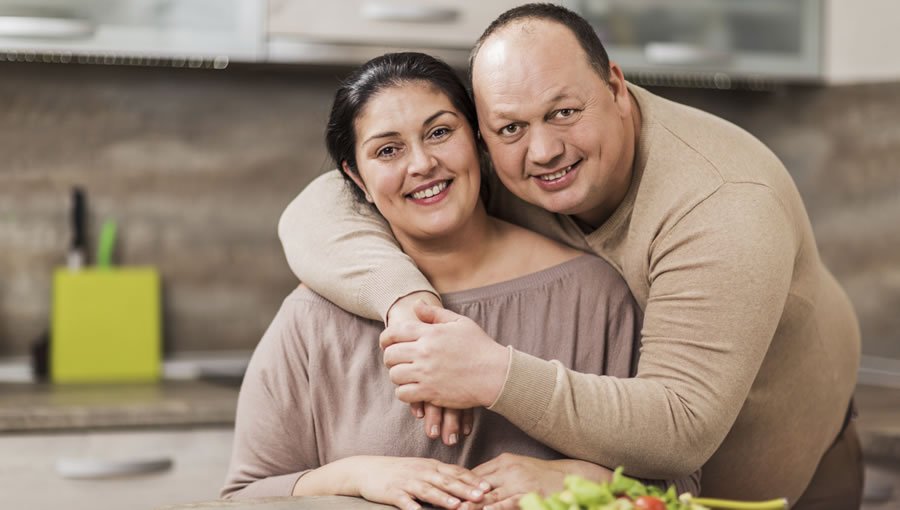 In January 2013, JAMA published a study1 in which lead author Dr. Katherine Flegal and colleagues at the Center for Disease Control concluded that overweight people were less likely to die than normal-weight people. In this study, even people with stage 1 obesity (a BMI of 30 to 34.9) were no more likely to die compared to normal-weight people.
Don’t know what your BMI is? BMI, or body mass index, is a measure of body fat that is based on your height and weight. You can calculate your BMI here.

“You’re overweight and healthy! Have another piece of cake!”

Despite the fact that scientists nationwide pointed out serious flaws in the design and interpretation of Dr. Flegal’s study, the popular press for the most part jumped on it. Headlines coast to coast proclaimed that being overweight appeared to reduce mortality. They essentially told America, “It’s okay to be fat.”

No doubt this study and its resulting media hype were comforting for the approximately 70% of Americans who are overweight or obese.

But it was false comfort, states Dr. Jonathan Samet and co-authors of the new four-continent meta-analysis that meticulously crunched the numbers on 239 studies and 10.6 million people, published in The Lancet.2

“Our study,” wrote Dr. Samet and colleagues, “was able to reproduce the JAMA review’s findings when conducting crude analyses with inadequate control of reverse causality, but not when we conducted appropriately strict analyses.”

Put simply, the JAMA review failed to adequately account for the fact that life-destroyers like cancer and smoking were what led to weight loss and lower BMIs, not the other way around.

The new Lancet study, named the Global BMI Mortality Collaboration, painstakingly controlled for reverse causality. It focused on people who:

This new study found that both overweight and obesity were strongly connected to deaths from coronary heart disease, stroke, and other causes. Moreover, the findings were consistent in four continents: Europe, North America, Australia, and Asia.

Overweight and healthy | There’s no such thing.

The results of the Global BMI Mortality Collaboration have important clinical and public health implications, stated Dr. Samet in a university press release from USC School of Medicine. “Increasing the risk of dying is a powerful indicator of health. The new results on overweight should be strong motivation for people to return to a healthy weight.

“Physicians should identify being overweight as posing a risk to health.”

Certainly, studying links between BMI (in particular, excess belly fat) and life expectancy can be helpful in estimating the public health impact of being overweight or obese. But this is true only if the impact of BMI is not distorted by factors like smoking and other causes of ill health that are producers of weight loss, and faster aging.

What not to factor out

It is also important that any statistical link between increased BMI and morbidity/mortality not be distorted by factoring out variables like high cholesterol levels, elevated blood pressure, insulin resistance, and type 2 diabetes. That’s because these variables and many others are actually caused in part by weight gain. If you eliminate them, you’re likely eliminating many overweight and obese people who belong in the research.

In 2013, when Dr. Flegal’s study was published in JAMA, critics cited some of the questionable methods she and her team used in compiling statistics. For example, they classified as normal weight any BMIs below 25, which would have included BMIs that other researchers regularly classify as below normal weight. It likely led to distorted results because many subjects with BMIs below 20 were probably very thin not because they had intentionally lost weight but because they were suffering from cancer, failing hearts, emphysema, senility, or other life-threatening diseases. But, of course, the conclusions of the study don’t tell you that. They only tell you that normal-weight BMIs are linked with higher rates of death.

Dr. Flegal also included smokers, who tend to be thinner but who have a much greater risk of dying from heart disease, emphysema, and cancer than nonsmokers.

Bottom Line: The statistical associations created by this study’s inclusion of smokers and people with pre-existing illnesses were likely largely responsible for producing the bogus link between being overweight and reduced risk of dying.

A closer look at the Global BMI Mortality Collaboration

The Global BMI Mortality Collaboration published data in The Lancet on July 13, 2016. This group’s meta-analysis of 239 studies on four continents examined the association between BMI and mortality over an average of 13.7 years.

The researchers focused mainly on the results of 189 studies with nearly 4 million nonsmoking subjects without chronic diseases at recruitment. Also, these subjects were still living at least five years after the studies had begun. Among these nearly 4 million people, 385,879 died.

Unlike the JAMA study, this far larger and better-designed meta-analysis reported that:

This new study’s data did show that those who were very thin (BMI less than 20) and, in particular, underweight (BMI less than 18.5) were at a higher risk of dying compared to normal-weight nonsmokers.

Benefits of a leaner body

Recently research4 on humans also affirms the benefits of achieving a leaner body. In this controlled clinical trial, 220 normal-weight to slightly overweight people were randomly assigned to either continue their current diet or adopt a reduced-calorie, high-satiety (lots of fruit and vegetables) diet for two years. It found that weight loss resulted in a significant reduction in inflammatory markers, including CRP and TNF-alpha.

But it is true that being very lean may not always improve survival. For example, older people with more body fat may be more likely to survive a serious infection simply because their initially higher energy reserves when they become sick make it less likely they’d reach a critically low BMI level that would impair their ability to fight off the infection.

Perils of a heavier body

However, being overweight or obese has a real dark side, as countless studies over the last several decades have found. As World Health Organization reports have repeatedly warned, excess weight promotes many types of cancer, raises blood pressure, leads to type 2 diabetes, and increases the risk of gallstones, osteoarthritis, senility, dyslipidemia (high cholesterol and triglyceride levels), heart attacks, heart failure, and many other ills.

The absurdity of any claim that it is healthier to be overweight or obese, especially in older people, could easily be seen by any family physician nationwide. They know what happens to their thin or normal-weight patients who gain significant amounts of weight. These patients don’t get healthier. They get sicker. Their blood lipids generally become more atherogenic, or heart-disease producing. Many patients also end up with increased fasting insulin levels and more insulin resistance, increased blood pressure, and increased CRP and other inflammatory markers.

By contrast, when patients lose 10 or 20 pounds, virtually all these risk factors for cardiovascular disease and type 2 diabetes improve. And there are now at least 10, perhaps 12, types of cancer, including breast cancer (in postmenopausal women), prostate cancer, colo-rectal cancer, stomach cancer, and esophageal cancer, that are significantly more common in overweight, and, in especially, obese individuals, documented by the American Institute for Cancer Research.

We all know people who were overweight or obese most of their lives, but unless they die suddenly from an accident, heart attack, or stroke, they typically lose a lot of weight before dying from some degenerative diseases and/or the aging process itself. Since illness and aging-caused weight loss is much greater in older people than in young to middle-aged people, this weight loss probably explains why the association between increased BMI and mortality tends to be reduced in older subjects. This is exactly what The Global BMI Mortality Collaboration meta-analysis showed.

There is a big difference between losing weight unintentionally due to faster aging and/or illness and losing excess weight intentionally by adopting a healthy diet and exercise program. The former increases the risk of death; the latter decreases it.

Losing excess body fat by eating well and staying fit, as we teach at the Pritikin Longevity Center, helps us not only live longer, it helps us live better.