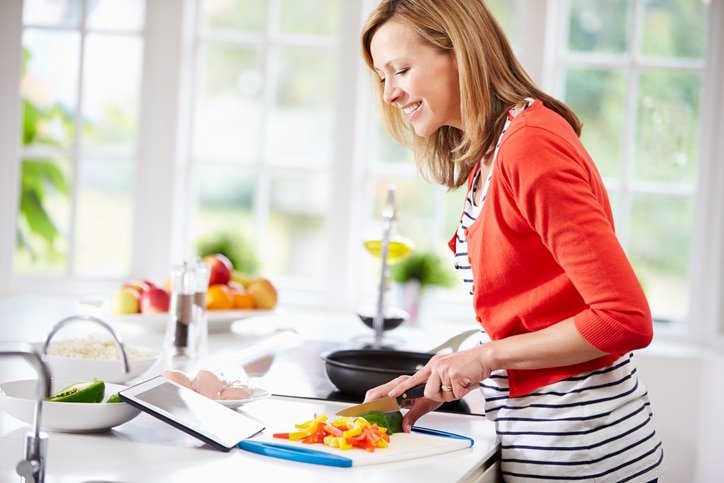 Research has shown however, that it’s not just the exasperation of quickly gaining back all of the pounds you worked so hard to shed: This yo-yo effect goes well beyond appearance and unfortunately, can even cause serious damage to your metabolism.

The Effect of Yo-Yo Dieting

Yo-yo dieting is essentially any type of fad diet that detoxes, restricts, eliminates or cleanses the body of essential calories and nutrients. Though the full extent of crash dieting may yield different results from one individual to another, there is one clear danger that researchers can agree on: Crash dieting will slow down your metabolism. Research has pointed to the idea that extreme weight loss in a short amount of time will cause your metabolism to slow, which in turn leads to more weight gain in the future. Generally, this is due to the increased hunger that accompanies weight loss.

“People regain weight because they are much hungrier and often more lethargic after losing weight,” explained Pritikin’s Director of Nutrition and educator Kimberly Gomer.

This often comes down to the fact that each individual’s resting metabolic rate is different. As such, set-calorie diets will never work. Even two women of the same age, height and weight could have vastly different RMRs, as explained by our Pritikin experts. One RMR may be 1,800 while the other could easily be 1,300, and if they are both attempting to follow a strict 1,500 calorie per day diet, they will each yield very different results. The first woman with a higher RMR would in fact lose weight, even if she was not doing any extra physical activity. However, the second woman would gain weight by following this strict diet, unless she was exercising every single day.

The bottom line is that it needs to be a lifestyle change, not a crash diet, if you want to make a permanent weight change.

“The way to reduce hunger and eat fewer calories is to change WHAT one eats rather than wasting one’s will power trying to override increased hunger that almost always accompanies weight loss,” said Gomer.

But a slower metabolism and eventual weight gain are not the only effects of yo-yo dieting. Limiting and restricting such calories also deprives your body of critical nutrients. This lack of essential vitamins and minerals can put stress on your immune system. Extreme weight loss can also lead to exhaustion and dehydration and long-term restrictive dieting can even be harmful to your heart, due to the loss of heart muscle from calorie-cutting, nutrition professor Linda Bacon, Ph.D., explained to CNN.

As Pritikin’s fitness manager and certified exercise physiologist Lizbeth Simancas explained, crash dieting will slow down your metabolism and hurt your resting metabolic rate. This is because during a crash diet, the calorie burn is slowed down which thus, typically sabotages the weight loss efforts.

“When someone is going through a yo-yo diet, they are frequently lowering their metabolism and bringing it back to somewhat normal,” explained Lizbeth. “This up and down cycle may undesirably affect metabolism by lowering it in general.”

As the world discovered with the follow-up study of participants from hit reality show “The Biggest Loser,” the method of weight loss used – considered risky by many health experts – led to not just weight gain after the show ended, but long-lasting metabolic damage as well. The widely-circulated New York Times article that followed the publication of the study came as a devastating shock to many people hoping to lose weight.

According to the article, though each contestant was immensely overweight when the show began, their resting metabolic rates were normal for their body size. By the end of the show, each contestant’s metabolism had slowed so much that their bodies were not able to burn enough calories to maintain their lighter body weights. Even worse was the fact that participants were much hungrier after losing all of that weight.

For years the research has shown that yes, when you aim to lose weight via a deliberate diet, your metabolism will slow by the end. Thus, health experts were not surprised that the metabolisms of “The Biggest Loser” participants had slowed so much. However, according to The New York Times:

“What shocked the researchers was what happened next: As the years went by and the numbers on the scale climbed, the contestants’ metabolisms did not recover. They became even slower, and the pounds kept piling on. It was as if their bodies were intensifying their effort to pull the contestants back to their original weight.”

With that news, whether you’re hoping to lose 10 pounds or 100 pounds, you may think you are only left with two options: lose the weight and risk screwing up your metabolism or remain at your current weight. However, what many people don’t know is that there is in fact a third option.

Lose Weight Without Damaging Your Metabolism |
The Third Option

The aforementioned scenario is not unique to the participants of “The Biggest Loser.” The same frustrating results are also the norm for many other fad diets and weight-loss programs – because they are calorie restrictive, often unrealistic and difficult to maintain. And that’s exactly what sets Pritikin apart.

“Forget counting calories,” Gomer said. “Americans have been going on calorie restricted diet and exercise programs for decades and we keep getting fatter.”

While on first thought the idea of a quick-fix weight loss program that allows you to eat whatever you want – as long as it is 1/5 of a normal serving size – may sound enticing, would you really be willing to risk damaging your metabolism for that? If you merely want immediate weight loss, try out that program your co-worker swears by. But if you want permanent weight loss that doesn’t risk damaging your metabolism and won’t leave you hungry, come to Pritikin. Believe it or not, there is a way to keep you at your desired weight without feeling ravenous.

“WHAT you eat determines HOW MUCH you need to eat to keep hunger at bay,” explained Gomer. “To lose weight and keep it off without being hungrier, eat foods with a lower calorie density and with more fiber per calorie, and eliminate most beverage calories. Most importantly, eat only when hungry and until comfortably full – not stuffed.”

Here at Pritikin Longevity Center, we offer a medically-based approach to weight loss. And that is exactly what sets Pritikin apart: The data shows that guests on the Pritikin program are able to achieve weight-loss AND improve their metabolism and RMR, all in a healthy way. One of the most recent examples of this was a woman who first came to the center in 2012. At age 55 she weighed 218 pounds and had an RMR of 1440. Four years later, on Sept. 7, 2016, she weighed in at 198 pounds with an improved RMR of 1640. By sticking to the healthy eating plan, increasing muscle mass through resistance training and cardio and incorporating internal training on a weekly basis, she was successfully able to keep off the weight and improve her RMR.

At Pritikin, you gain more than just a traditional short-term weight-loss program. Our unique and scientifically-proven program sets guests up for long-term success through effective lifestyle and diet changes. When compared to the experience of participants in “The Biggest Loser,” the initial weight lost at the Pritikin Center may not feel like a lot, but the majority of successful guests continue to lose the most weight long after they’ve returned home.

How Long Does It Take To Lose Weight?

Get advice from a research scientist at UCLA who has studied weight loss for 40 years.
Read More

Feeling “Fat and Gross”…But No More

19-year-old Haley lost 50 pounds with no hunger, and gained self confidence.
Read More

The best and healthiest foods for permanent weight loss are those that fill you up on the fewest calories.
Read More