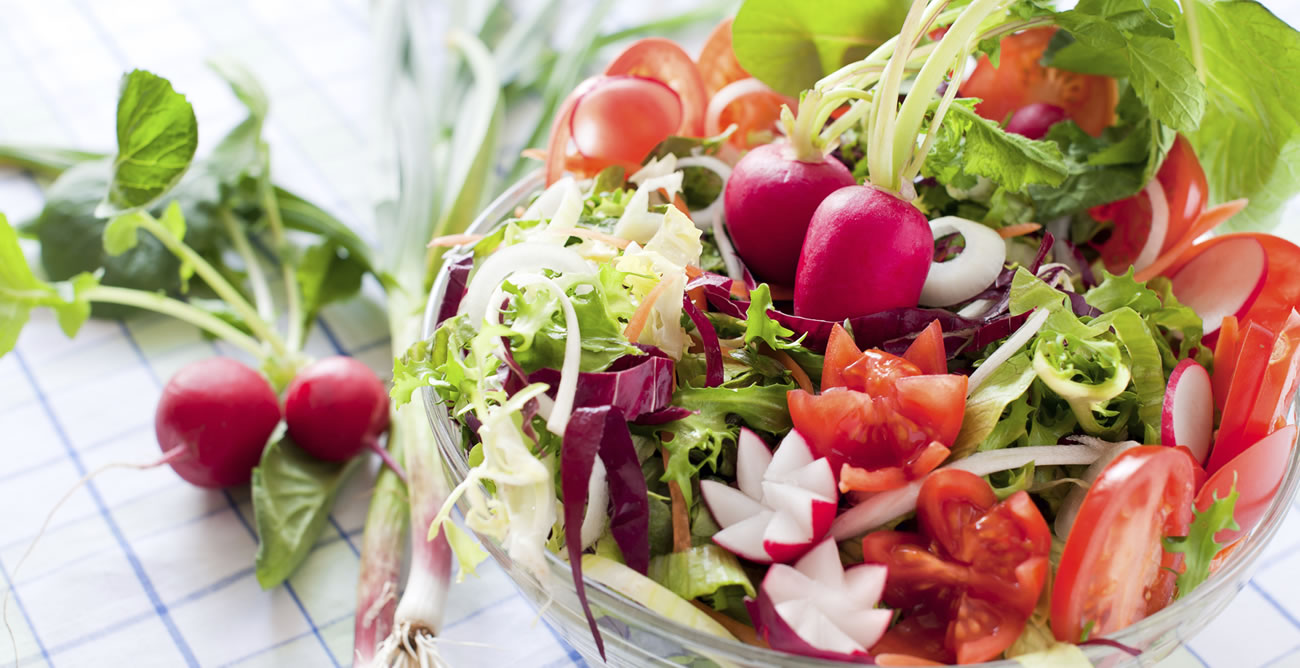 Preventing spikes in blood sugar right after eating a meal is an important therapeutic target. It not only helps optimize blood sugar control, it mitigates the damage to coronary arteries that is characteristic of type 2 diabetes. The less damage to our arteries, the less risk over the long term of serious complications like heart attacks and strokes.

Researchers at Weill Cornell Medical College in New York City recently examined1 the effect of food order on the blood glucose (sugar) and insulin levels in overweight/obese adults. All had type 2 diabetes.

There were 11 participants in total (6 women and 5 men). All were taking the diabetes medication metformin (Glucophage). Their average age was 54.

After a 12-hour overnight fast, the subjects ate a meal that was 628 calories in total, and in the following food order:

Blood tests for sugar and insulin levels were taken just before the meal was eaten, and at 30 minutes, 60 minutes, and 120 minutes after the meal.

One week later, the participants were served the exact same meal. The only difference was that the order of the food was switched to the following sequence:

Once again, blood tests were taken, and at the same pre- and post-meal intervals.

The blood results after the second meal, the one that served the vegetables first, revealed significant reductions in both blood sugar and insulin levels compared to the first meal. In fact, the authors noted that the results were “comparable to that observed with pharmacological agents.”

Larger, long-term studies in the future may confirm that ordering the foods we eat offers benefits for diabetes prevention and control.

In the meantime, there is no harm in this food-sequencing approach. And it certainly coincides with long-standing Pritikin Program guidelines to start lunch and dinner with big green/veggie salads.

This salad-first strategy, research2,3 has found, helps us fill up on fewer calories.

Scientists have documented that if you begin your meal with water-rich, low-calorie-dense foods like vegetable salads and/or vegetable soups4, you will eat fewer total calories at the meal.5

In the study, would the results for the meal that began with orange juice and ciabatta bread have been better if the meal had instead begun with a whole orange and whole-grain cereal like oatmeal?

Beans (pinto, garbanzo, etc) do a great job of controlling blood sugar and insulin, too.

Controlling blood sugar with food sequencing is an intriguing field of study, but right now, what’s most important for preventing and controlling type 2 diabetes is focusing on what’s tried-and-true scientifically, namely: