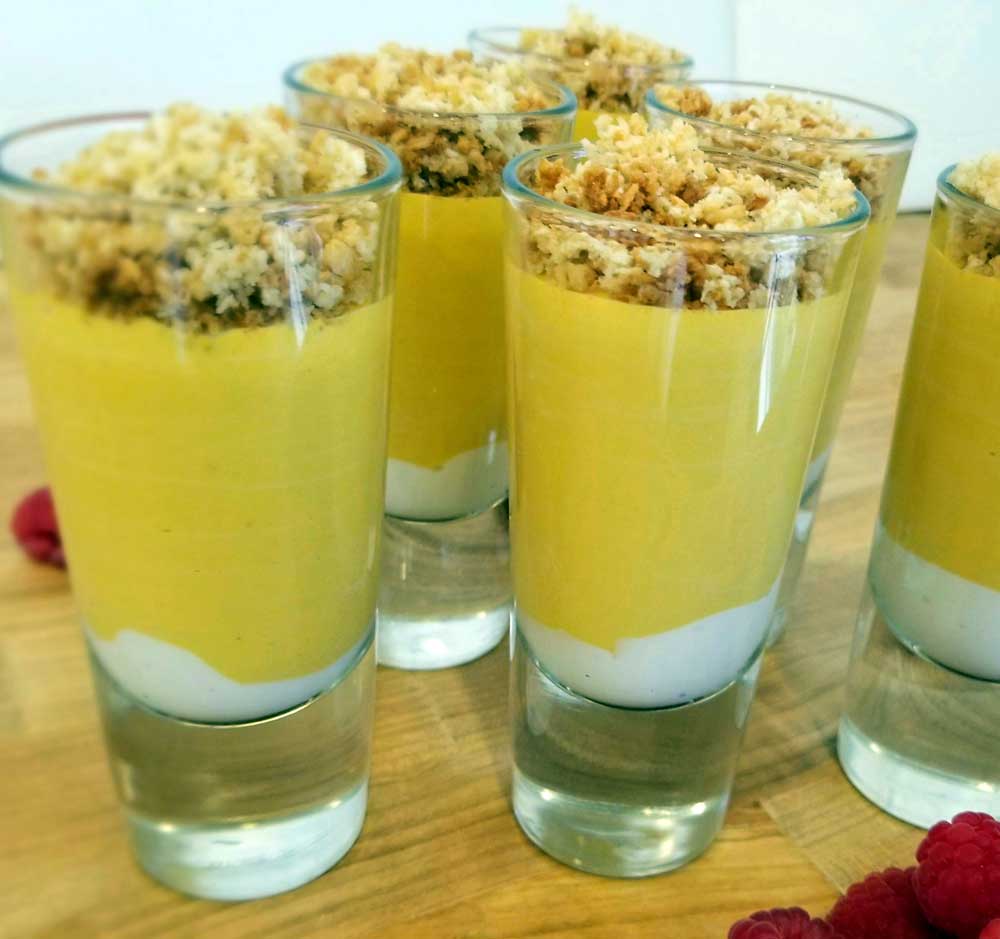 But did you know that there are also many health benefits to eating pumpkin? This season, don’t just use the bright orange, lush, and round derivative of the squash family for decorative purposes. Consider these delicious recipes and health benefits as well.

This festive gourd offers much more than its appearance. Similar to other member of the squash family, the pumpkin is filled with a number of nutritious health benefits, according to Pritikin’s Vincenzo Della Polla.

“Pumpkins are a great source of Vitamin E, Vitamin B6, Vitamin C, and Thiamin,” Chef Vincenzo says. “They’re also rich in minerals like iron and potassium because they grow in the ground, allowing them to absorb minerals from the earth.”

In fact, each part of the pumpkin, from its golden-yellow flesh to its seeds, has nutritional value. Pumpkin seeds – which can easily be roasted in the oven for snacking – are filled with protein and are a great source of omega-3 fatty acids. The soft, naturally sweet inner flesh of the pumpkin is rich in not only vitamins and minerals but also antioxidants and dietary fiber.

Pumpkins are also low in calorie density, at just about 25 calories per half cup, making them an excellent choice for people wanting to shed excess weight. Pumpkins are certainly a part of the Pritikin Diet and Eating Plan.

While your personal history of pumpkin likely dates back to your grandmother’s Thanksgiving dining room table, the roots of this plant go back more than 7,500 years. They are believed to have originated in Central America, according to The History Kitchen of PBS. The oldest pumpkin seeds were found by archeologists in the Oaxaca Highlands of Mexico.

In North America, the pumpkin was one of the original crops grown specifically for eating. This was largely because of their long shelf life, which was due to the thick outer flesh that could last through bitterly cold winters. One of the very first recipes using pumpkin was written down around 1670. Similar to what would become the common dish of mashed potatoes, the pumpkin was diced and boiled down during the day. The popular pumpkin pie, however, didn’t come about until the early 1800s.

How to Buy Pumpkin

Perhaps you’ve never cooked with this seasonal staple before, saving your trip to the pumpkin patch for the once-a-year Halloween celebrations. This year, how about adding pumpkin to your healthy eating plan on a regular basis?

“This is a vegetable that people can find readily, readily available,” explains Chef Vincenzo. “People see pumpkin every day but pass over it, only using it for Halloween.”

This bright and festive gourd is actually in season beginning in September and lasting through November, enjoying its peak in October. While the larger, tougher pumpkins are great for Halloween carving, the smaller, softer ones are best for cooking. These smaller pumpkins contain less moisture and are much denser and fleshier. They can be found at farm stands and farmers markets, as well as grocery stores.

Chef Vincenzo advise not to use Jack O’Lantern pumpkin to cook anything because it tends to be very stringy and hard to work with, instead you can use butternut squash or honeynut squash even better.

Pumpkins best for cooking are generally between three and six pounds, with their stem intact. The pumpkin should be uniform in color without any green spots. It’s also important to check for any soft spots on the outside, which could indicate mold.

How to Cook Pumpkin

Once you’ve picked out the perfect pumpkin, it’s time to get cooking. Contrary to popular belief, the pumpkin is good for much more than just the traditional confectionery pie. In fact, there are numerous creative and nutritious recipes that are low in calorie density and easy to prepare. First, here are a few basics for prepping the pumpkin for cooking, explained by the Farmer’s Almanac:

Now you have cooked pumpkin to use with any of your favorite recipes!

How to Eat Pumpkin: Recipes

By following the Pritikin Eating Plan’s recommendation to eat at least five servings of vegetables each day, you’ll naturally consume fewer calories and even shed excess weight. Pumpkin is one of those vegetables that can help you do this! It’s flavorful and versatile, whether enjoyed as Granola / Cereal Crisp for a side dish or as a Butterscotch Pudding for dessert. Yes, pumpkin makes for a mouth-watering, naturally sweet dessert, says Chef Vincenzo.

“The pumpkin is so naturally palatable that you can roast it to get it even sweeter,” he said. “Then, toss it with nutmeg, vanilla, and cinnamon. Mix it with some fat-free cream in a food processor, and freeze it for pumpkin ice cream!”

By incorporating pumpkin as one of the many whole, natural, and unprocessed foods in your healthy eating plan, you gain the the health benefits of this naturally sweet squash as well as a great food for your weight-loss efforts.

By consuming fruits, vegetables, whole grains, legumes (beans and peas), lean sources of protein, and lean calcium-rich foods each day, along with avoiding health destroyers like salt, sugar, refined grains, and saturated fat, you’ll be well on your way to a happier and healthier lifestyle.