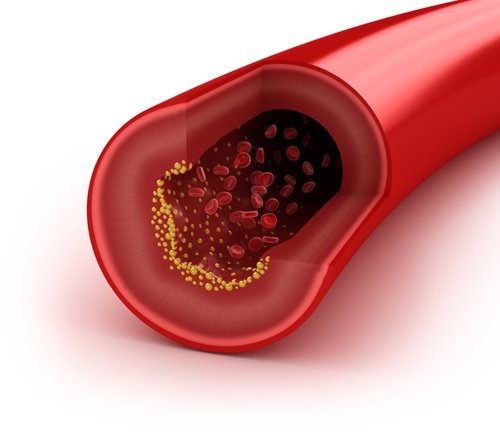 For years patients were encouraged by their physicians to raise their levels of HDL cholesterol.

In recent years, however, scientists have raised red flags, questioning the truth of this prescribed health practice. Now, new evidence has emerged, suggesting that increased levels of HDL are not always protective against heart disease.

After a number of clinical trials of HDL-raising drugs showed little or no effect, two new studies have found that high levels of good cholesterol are not always associated with a lower risk of heart disease and thus, contrary to previous thought, heightened HDL may not always be better.

One new study, published in the journal Science by Cambridge University, has highlighted significant findings that may change the way doctors and scientists alike approach coronary heart disease.

According to the BBC, researchers found a rare genetic mutation called SCARB1 that leads to heightened levels of HDL in the blood. The mutation affects one in 1,700 people and although these individuals have elevated levels of good cholesterol, they were also found to have an 80 percent increased risk for heart disease.

Typically, HDL removes cholesterol from the arteries and brings it to the liver where it is then eliminated. However, new evidence found that in some cases this process can be interrupted. The study found that this SCARB1 mutation was actually preventing the HDL from bringing its collected fat to the liver for processing.

Another new study from researchers at the Perelman School of Medicine at the University of Pennsylvania supports the notion that heightened levels of good cholesterol are not necessarily good, but also points out that the way in which each individual's body processes the HDL may be more telling than the levels themselves, according to Newswise.

“The functioning of HDL particles may be more telling than the levels.”

Rader and his colleagues set out to determine genetic causes of high HDL. The team sequenced the lipid-modifying regions of genomes of 328 people with exceptionally high HDL levels, while also analyzing a control group. In line with findings from researchers at Cambridge University, Rader and his team focused on the SCARB1 mutation. Uncovering the same data, they found that the disruption caused by the mutation was due to mistakes during protein synthesis.

Findings concluded that the genetic mutation SCARB1 that triggers a heightened level of HDL cholesterol, as well as other genetic causes of higher HDL, may actually carry detrimental health risks. Even in the presence of these raised levels of good cholesterol, it was found than an increased risk of coronary heart disease did in fact exist.

“The work demonstrates that the protective effects of HDL are more dependent upon how it functions than merely how much of it is present,” senior author Dr. Daniel Rader said. “We still have a lot to learn about the relationship between HDL function and heart disease risk.”

Yet, it's still not black and white, and other experts agree that further research is needed to fully understand the complex relationship between the two.

A continued quest for answers

“Eventually we may want to perform genetic testing in persons with high HDL to make sure they don't have mutations – like this one – that raise HDL but don't protect against, or may even increase, risk for heart disease,” Rader said.

One thing that remains concrete is that lowering LDL cholesterol is the most effective way to reduce your risk of a heart attack, agree researchers, doctors and scientists alike. At Pritikin Longevity Center, our program has been found to help guests lower LDL cholesterol with little or no medication. In fact, a study of 4,587 guests who stayed at Pritikin for three weeks showed a significant drop in cholesterol levels. Among the guests analyzed, there was an average 23 percent drop in both total cholesterol and LDL cholesterol.

Choosing protein-rich plant foods over meat, eating fiber-rich whole foods and loosing as much excess weight as possible are some of the six Pritikin-approved tips for naturally lowering cholesterol. Moreover, the No. 1 most natural way to reduce LDL cholesterol levels is to change your eating habits. By significantly reducing the amount of cholesterol, saturated fat and trans fat in your diet and opting instead, for a diet filled with natural, whole foods, you can drastically lower your risk of cardiovascular disease.

On a program such as the Pritikin Eating Plan, you will see real results. The plan is based on consuming cholesterol-lowering, high-fiber fruits, vegetables, whole grains, and beans and avoiding food high in saturated and hydrogenated fats. If you want the optimal heart-health regimen, look no further than Pritikin. By living out the Pritikin lifestyle, you are not only lowering cholesterol levels, but you are also lowering almost all risk factors for heart disease.