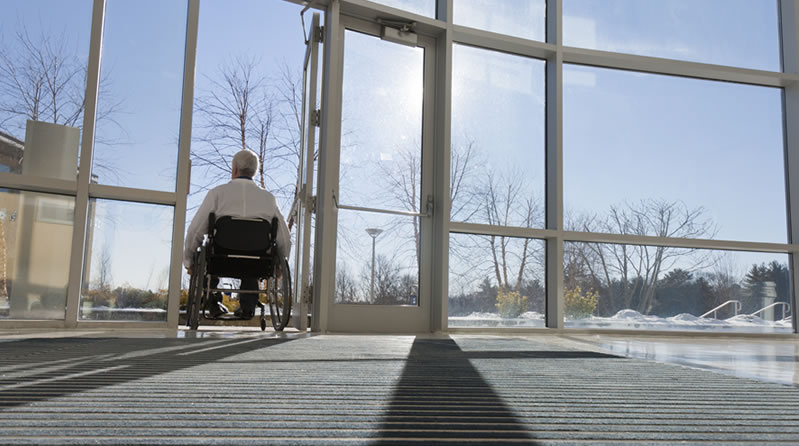 John Fisher of Columbia, Tennessee, was out one evening playing tennis after dinner. The 66-year-old financial advisor loved the game, and he thought it a good way to shed the extra 25 to 30 pounds he’d gained in recent years.

But something strange happened during that game.

“I felt a tightness in the left side of my neck. No pain, really. Just a tightness. I figured I’d probably gobbled down my supper too fast. It’s just indigestion.” So he played three sets.

But the next day, walking up the incline of his driveway, the tightness returned. That’s not indigestion, John realized.

He made an appointment that day with his primary care physician, who referred him to a cardiologist. The diagnosis was blocked coronary arteries. Three days later, he was in the hospital having angioplasty. Two stents were put in.

What to do after angioplasty

Three days after that, John returned to work. Walking in, he saw on his desk a book on the Pritikin Program placed there by his friend and colleague Oniel. Flipping through it, John started realizing how much he didn’t know about things like cholesterol, diet, and his health, and what to do after angioplasty.

Oh sure, he’d gone for a physical every year, and he knew his total cholesterol was 255, but his primary care doctor had never mentioned it was anything to worry about. Nor had he ever been advised to change his diet for heart health.

Laughs John, “My wife, Carolyn, is a great cook, but back then, it was not Pritikin cooking.”

“We ate more comfort-type food, Southern style – things like good old green beans cooked with bits of country ham. And lots of butter, and biscuits with jam or molasses.

“Pritikin foods like lots of fresh fruits, unadulterated vegetables, and whole grains never existed in my parents’ home or hers. And when we were raising our own two sons, we weren’t eating much in the way of Pritikin foods, either.”

But John had always been an inquisitive guy, someone who liked trying new things. Though he’d grown up in an era where “your exercise days were pretty much over when you became an adult,” John had enjoyed his time in school as an athlete. And in recent years, he’d started reading that people really should be exercising regularly for their health.

So maybe, he figured, there was something to this Pritikin Program.

A week after his angioplasty, he went to a follow-up visit with his cardiologist, Dr. David Maron, a recent graduate from Stanford Medical School and now at the medical center of John’s alma mater, Vanderbilt University.

“Doctor, have you ever heard of a place called the Pritikin Longevity Center in Miami?” John asked him.

“Absolutely,” Dr. Maron replied. “I think it’s a wonderful program. They do an outstanding job of helping people learn healthy living skills. As your cardiologist, I can talk to you about diet and living well. But at Pritikin, you’re immersed in it, you’re doing it every day, and getting all kinds of personal coaching. If you’ve got the money and time, go to it.”

John and Carolyn did, post-haste. In 1995, during their week at Pritikin, “we soaked up everything,” he smiles. “I don’t think Carolyn missed a single cooking class, and we loved all the lectures. A whole new world opened up to us about food and fitness and heart health. Everything – the physicians, the food, the exercise – was top notch.”

“Top notch” is also a great way to describe John’s overall health these past two decades after going to Pritikin.

Back to high school weight

Almost immediately, he dropped back down to his high school weight, around 155, perfect for his 5’8″ frame. He hasn’t swayed higher than 165 pounds since.

And he’s never had another heart problem. No heart attack. No more angioplasties. Nothing.

Every year since his 1995 Pritikin visit, he’s returned to his cardiologist Dr. Maron for treadmill stress testing and an EKG, and every year, Dr. Maron has told him:

“Mr. Fisher, you are doing so well. Your EKG results show that nothing’s changing, nothing’s going on that I’m concerned about.”

But in recent months, John hadn’t been feeling as energetic as he used to, and he didn’t like it.

He was still exercising, still going to the Y three days a week, “but I just didn’t feel like doing it. I couldn’t get myself up enough energy to walk on that treadmill. I felt tired, tired, and I didn’t like it.”

Most 85-year-olds would figure, this was just old age. There was nothing you could do about it.

Not John. “I’ve never settled for mediocrity.” He wanted the best life he could have with the love of his life, Carolyn, his two sons and their spouses, his three grandchildren, and his many friends.

He started thinking that maybe it was time that he and Carolyn signed up for a refresher visit at Pritikin. They’d slacked off some on the diet – no country ham, to be sure, but a little extra oil, a little extra salt, too many bites of sugary desserts. “We were slipping. We needed some motivation.”

Little did John know that Pritikin would be giving him a nice dose of financial motivation, too. On his initial phone conversations, he learned from registration coordinators Diane Hansen and Doug Godfrey that because of his past heart history, he’d likely qualify for a new type of Medicare coverage called Intensive Cardiac Rehabilitation.

“Sign us up!” John told Diane and Doug, and he and Carolyn started packing. Coming to Pritikin, they decided, was also a great way to celebrate their 64th wedding anniversary.

In March they drove down to the Pritikin Center in Miami, a 650-acre resort. And just like the first time they went to Pritikin, they attended everything – cooking classes, treadmill workouts, water aerobics, food label reading classes, their doctors’ visits, and even a private nutrition consultation to make sure they’d be able to navigate on-the-road eating on their return trip home.

“I had no idea Starbucks serves oatmeal,” laughs John, “or that I could get a nice baked potato and salad at Wendy’s.”

Back home now, just a couple months after their Pritikin visit, John and Carolyn are in full Pritikin mode. The first day back, they spent nearly two hours at their local grocery store “inspecting every food label, just like we learned at Pritikin, to make sure we were getting all the good stuff and staying away from all the hidden sugar, salt, and fat.”

And Carolyn’s whipping up new Pritikin recipes she learned in cooking classes at Pritikin, like Quinoa with Black Beans, Chicken Breasts with Sugar Snap Peas, and Baked Pears with Ginger, Cinnamon, and Nutmeg.

Since going to Pritikin, John has dropped nine pounds. He’s down to 150.

More importantly, his energy level is on its way up. “I really didn’t think I could get on a treadmill anymore and walk for 30 to 45 minutes.

“But I did. I learned down at Pritikin that I could walk 45 minutes without stopping, and every day. So could Carolyn.”

And they’ve kept up their Pritikin exercise regime every day since they returned home.

Yesterday morning, just before leaving for church, John told Carolyn, “I don’t know why I feel as good as I feel – maybe it’s the diet, maybe it’s our new exercise, maybe both – but I sure am happy that I do.”

And he couldn’t be happier with his and Carolyn’s decision to return to Pritikin this year. “The entire program was outstanding. I want to thank each and every person on the Pritikin staff, especially the educators.

“Not at Pritikin. Every educator acts as if this is the first time they’re giving their lecture. They’re so fresh and motivating. They’ve been studying nutrition and health all their lives, and they love, really love, the opportunity to tell you what they’ve learned. They’re so friendly, too, willing to spend as much time as needed to answer all your questions.

And John’s a true disciple, a stirring success story for what to do after angioplasty, and a believer all his life in doing the best he can to live well.